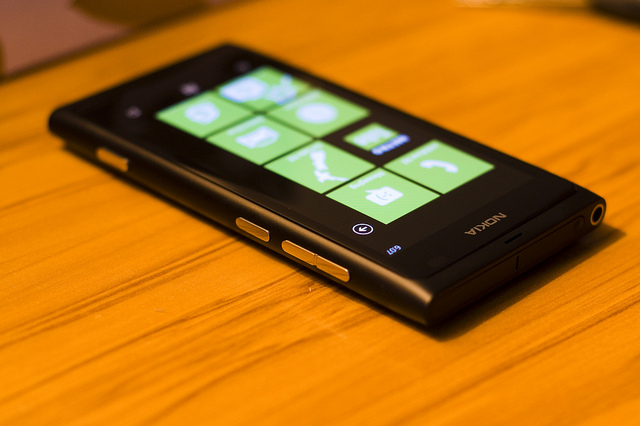 Accounting for almost a third of all Windows Phone shipments (33.1%), Nokia captured the top position for the first time in its history — replacing Taiwanese vendor HTC — helped by sales of its Lumia 800 and Lumia 710 smartphones which both launched in November 2011.

Strategy Analytics puts Nokia’s global Windows Phone shipments at around 0.9 million units, although the company itself announced that it had sold over 1 million units in its fourth quarter financial report.

Neil Mawston, Executive Director at Strategy Analytics believes that Nokia’s attempts to push its Lumia devices in more retail locations and partner with more operators have galvanised sales but still points out the company has a long battle ahead of it:

“Nokia is by no means out of the woods yet, and it is still on a long road to recovery, but capturing top spot in the Microsoft smartphone ecosystem is an encouraging baby-step forward for the company.”

It’s no surprise that Nokia has overtaken HTC; the Taiwanese company has been forced to go back to basics over the past two quarters after smartphone sales plummeted in the wake of increased competition from Apple and Samsung.

HTC has said itself that it will focus on ‘hero’ smartphones, looking to overall experiences rather than trying to release a large number of handsets with slightly increased specifications. As a result, the company is likely to pull back on its Windows Phone plans this year.

Nokia also has an exclusive agreement with Microsoft to license the Windows Phone platform. If it wasn’t the top Windows Phone manufacturer in the last quarter, serious questions would have to be asked as to its ability to compete in the global smartphone market.

Read next: You can now search Exchange lightning-fast with CloudMagic's mobile app