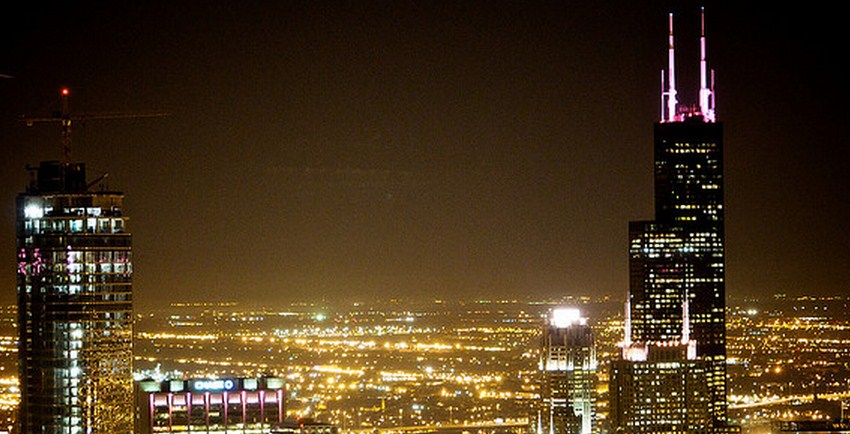 Over the past week, I’ve used no search engine but Bing. Both on my phone, and on my computers, it’s been a Bing world. This week long test came to be during an excellent meeting in Portland. I was enjoying a few cocktails, talking smack with locals and Microsoft PR folk, and said that I was willing to go Bing as a trial. The offer was taken up, and a few weeks later I became a Bing man.

At first, I was afraid. I am a minimalist person. I love blank backgrounds, and so to head into the realm of Bing, which boasts a fuller interface in regards to design flora than Google, was a risk. But we all must take our stripes, and I had made a promise to give this a full try.

That week is up. My use of Bing helped me to write a business plan for a Booth School of Business competition, three essays for UChicago, and around 20 posts for TNW; I’ve put Bing through every daily pace that I can summon. This post is a summation of my thoughts.

Bing is a capable, mature search engine. It serves me nearly every result that I desire on the first try. Just like with Google, you have to learn its quirks, but once you get the hang of finding, and revisiting what you need, it’s perfectly good. Bing is just that: perfectly good. I’ll argue that Google has a slight edge over it in terms of polish, but Bing as a project has truly come into its own.

For your regular searching needs, using Bing is now roughly as good as Google, with a lesser interface. This is fantastic. Google is simply not the only game in town, and that means that both companies will continue to dump money into search. In the end, we consumers are going to continue win.

Bing does have some elements to it that can become wearisome. Google loves to send you to YouTube. They own it. Bing will shunt you to page with your video, but still on its home turf, and then feed you suggestions. That’s annoying; I want to go to a clip, not a Binged themepark of clipage. Let me go. Soapbox failed, and its time to bury the video hatchet. Google Video flopped as well, if its any consolation, Microsoft.

Bing is not Google. Google is not Bing. Both have very different takes on how to present information, but each does a good job at summoning that data.

Bing-in-Chome is pretty damn good. It’s fast, responsive, and I had no problems jumping into the world of Microsoft search. However, Bing is younger than Google, and it shows. While Bing is full featured, and if Google didn’t exist would be hailed as the most important information gathering tool of all time, Google exists. This sets the bar fantastically high, as Google search is fantastically excellent.

To illustrate how good Bing is, and how Google is just a smidge better, let’s talk about site links. If you run a search for Flickr on Google, it will serve you up a sheaf of links to parts of Flickr that you probably want to head to. It saves a step. Bing is not as good at this game. It serves up fewer extra links, less often.

Small quibble? Yes. It’s not unique, however. Using Bing is opening yourself to a grip of wrinkles that Google has smoothed. I called Bing mature earlier. That statement was correct. Google is just ahead in small ways.

Talking to the Bing team is to speak to people who get it. In a short call, during which I was introduced to much of Bing, a small bug popped up. It involved Metallica, happily enough. My new Bing friend contact that he was going to have to sort it. We laughed and moved on. I’m sure that he got right on it.

The Bing team is working on building something world class, and they have succeeded. They haven’t yet caught Google in terms of usability, and final polish, but the effort has paid fat dividends. Bing is an impressive product, and one that only occupies the shadows because Google stands so tall.

I didn’t have a single instance in the last week when Bing failed to take me where I wanted to go. That’s a new world. There are now two search engines that are each excellent. I suspect that my favoratism of Google is more based on habit than fair discernment. Perhaps not. Bing however, is, and I use this word knowingly, good.

Let’s see if its market share can tick up enough to get the attention from advertisers that it needs.

Read next: Nokia and China Telecom will reportedly launch the Lumia 800 in China in March