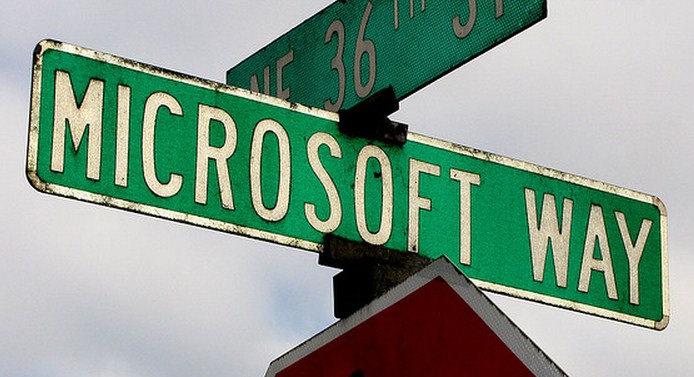 It’s been quite a week in the world of Microsoft, with news coming in on a dozen fronts. We’ve had a hard time keeping it all straight, so you must be spinning. We’re going to fit our favorites stories into this post, but if you want the full scoop, head to the archives.

Now, as always, ensure that you are following TNW Microsoft on Twitter, and Facebook, and let’s dig into the news. There is, after all, much to get to. As a side note, we’re going to include a huge tract of Microsoft’s notes on Windows 8 in this post. This is to bring you new information in its most unadulterated fashion. You’ll see why.

We’ve been working on the issue of ARM-based Windows 8 machines for so long, that you must be tired of it. Happily, after endless prodding on our end, Microsoft gave an interview on the topic, acknowledging that the market has been asking questions. We don’t like to overtoot our in-house horn, but we think that our writing had something to do with that.

We could summarize for you, but in all honesty, Microsoft provided a tl;dr of its own post that we cannot improve upon. So, we are going to bring to you here. Enjoy:

In its coverage of Windows 8, Microsoft put out a video that detailed various elements of the operating system. In doing so, it wittingly (we assume), leaked a sheaf of details on Office 15, the coming edition of the Office suite. Office 2010 has been a smash hit for Microsoft, but the world of touch is a new frontier.

Our own Matthew Panzarino weighed in on the leak: “The new Office looks to be a much cleaner and crisper version of the industry standard productivity app than many of us were hoping for. Despite jokes about how poorly the classic ‘Ribbon’ interface would translate to tablets, this new version actually looks pretty great.” I agree.

After you look at the images, leave a comment with your perspective, we need more opinions:

Zune is dead. We think. And we think that it’s actually really dead this time. The problem with Zune is that it never seems to die. Despite existing on life support, Microsoft has yet to pull the plug. However, we think that the end is in sight, at last:

And that will be, essentially, the end of Zune. Unanchored from Windows Phone, it’s just the orphan project that never found a home. Oh, and whatever app Windows Phone 8 and Windows 8 use, we assume it is coming to Xbox, squeezing Zune out of that niche as well.

Zune is then just a music app with a subscription system that never took off, so far as we can tell. Hell, I’ll miss Zune. But if we have to move on, can we get on with it?

We apologize for this post being as quote heavy as it is, but some weeks require it. It’s Friday, friends, so we hope you close Twitter and make a proper Martini tonight. Tech can wait. Have a great weekend.

Read next: Breaking down the rumors: What's happening with Apple's MacBook Pro?