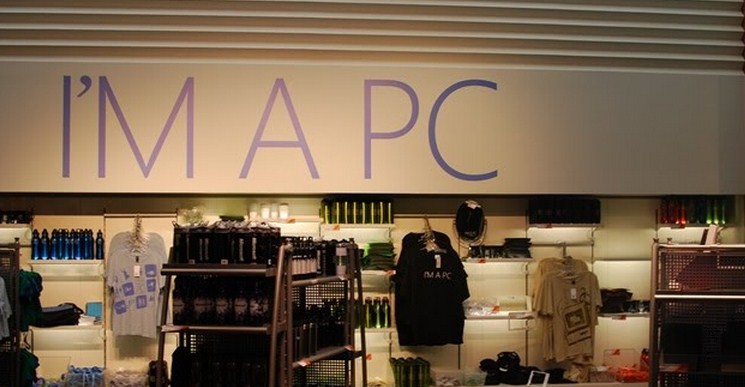 Did you miss this post last week? I had my feet up on my desk, pretending that vacationing at home in the Chicago winter is glamorous (protip: it’s not). But I’m back, and that means our weekly roundup of Microsoft news is as well.

It’s been a rather varied week, with news coming in from a number of Microsoft product lines. As always, we’ll have to be summary, and gloss over a few topics. If you want the full scoop, dig through the archives. Be sure that you are following TNW Microsoft on Facebook, and Twitter, and let’s get into the news.

This week several important pieces of Windows Phone news leaked: Primarily, the Nokia Lumia 900 is likely to debut on AT&T this March 18th for a mere $99.99 with contract. The HTC Titan II is expected on the same day, but will cost twice as much, or $199.99.

The Lumia price is a game changer, we feel, as it is half the cost of a normal top-tier smartphone. People have been comparing the 900 to the iPhone 4S since is came out, but few have stacked it next to Apple’s handset with the thought in mind that it will cost one hundred dollars less. The economy being what it is, that alone might give the Nokia phone an edge in the market.

It’s our guess, however, that this low-priced Nokia Lumia 900 will ding its Windows Phone brethren, and Android, more than the iOS line of phones. Whatever the case, Nokia is playing hardball. What we want to know is if Microsoft is subsidizing the effort.

Kinect is coming to your PC. This has been known for some time. However, until recently, we were nearly sure that the first generation of Kinect for your computer would look like this:

Instead, news is out that the functionality may be far more integrated than we had presumed:

The Daily had the chance to take a look at two prototype devices from ASUS running Windows 8 that featured Kinect sensors along the top of screen, with a set of LEDs running along the bottom. The News Corp. publication didn’t share how the device could be used but says that a Microsoft source confirmed that the devices were official prototypes of laptops that featured a Kinect sensor.

Of course, with it Kinect brings voice control, so Microsoft may be the first firm to bring functional voice and motion control to normal, everyday computers. That would give it a fat edge over Apple, et al.

The next generation Xbox console is coming this year, as we have reported a number of times. News this week has painted the coming device as being some six times as powerful as the current Xbox 360. The media has dubbed the unit the ‘Xbox 720,’ and will likely keep the moniker in use until Microsoft brings out its real name. Of course, it could actually be named the Xbox 720, but hope springs eternal.

That information in hand, we asked if Microsoft might subsidize the console to keep its sales price at the same levels of the current Xbox 360:

Here’s the question: given the massive popularity of the Xbox LIVE subscription service, might Microsoft be able to offer the Xbox 720 at a steeply discounted rate, as with the Kinect, to at least a portion of the current Xbox 360 userbase? Microsoft could say, for example, that for every year you have paid for LIVE, you get a set amount off your 720 console. Or Microsoft could simply gamble that if it prices the Xbox 720 at current Xbox 360 prices, something that it might not be able to do even at a breakeven level, the consoles will eventually pay for themselves, and therefore it is better to even lose money up front, to ensure that it remains the dominant player in this section of the gaming market.

Amazon has been using its Prime subscription system to play with pricing for years now, and to what I would call great success. Microsoft could take a page from that book and tinker with the pricing of the Xbox 720, perhaps allowing it to consume more market share than its predecessor.

If that happens or not, the next Xbox is slowly peeking its head around the corner. We should know more in the near future. Oh, and Microsoft Points are dying, at last.

Windows revenue at Microsoft declined last quarter, causing us to wonder just what is up with the company’s most venerable of cash fountains. Could it be that the post-PC world is finally eating at the traditional computing market? Perhaps, but there is much more going on than the iPad; supply chains were disrupted in Asia, and the economy has remained soft.

Some have guessed that perhaps hype surrounding Windows 8 is harming short-term Windows 7 sales, but we don’t think so. Here’s our take:

I want to posit that I deeply doubt that Windows 8 is, for now, causing consumers to hold off on purchasing new machines. The operating system has yet to reach its beta, and Microsoft has not said when it will be released. What consumer is going to hold off for several quarters in hope? Only a very technologically savvy one, and we doubt that there are enough of those to push Windows revenue down by such a substantial chunk.

However, Windows 8 is the proverbial indoor elephant:

However, in all of this there is an obvious question: What happens when Windows 8 comes out, and Microsoft joins the post-PC movement? A Windows 8 tablet, employing an ARM chip and not running the normal Windows desktop (as has been rumored) is as post-PC as an iPad. This means that the most iconic PC OS could in fact make out well in the post-PC environment if it ends up being a competitive product. Therefore, Windows has to save itself from decline.

Finally, you won’t be able to use a custom image for your Windows 8 machine’s Start Screen. You try to figure that one out.