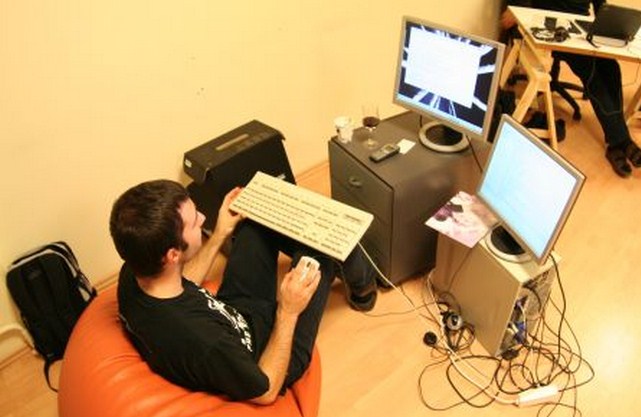 Apple’s Siri is a limited technology, in that its voice recognition underwhelms and its limit of functions is frustrating in day-to-day use. However, there is no denying that it is the best app of its sort that the world has ever seen, and that Apple itself has pushed the technology forward.

At the same time, the other major smartphone platforms have been forced to concede real mindshare to Apple over the tool, as both Android and Windows Phone lack a real, and official competitor.

Now, there was some hubbub in the past about how the built-in Bing Voice features that are a component to Windows Phone were a real answer to what Apple has built, but that was all a mistake; they are not. At all. Or even close. If you want to relive that battle, head here. Or here, as it took several days to spool through.

Today, news has come out about an application for Windows Phone, a third-party app, that is designed to bridge the functionality gap between the WP7 platform and iOS. There is, so we are told, a new version of the app winding its way into the Windows Phone Marketplace, but we decided to download the current edition and give it a spin.

Let’s be upfront and fair: Ask Ziggy, we’re just going to call it Ziggy, is a one man show. That’s to say that Shai Leib built it, that’s a name we should probably remember, without a team. Apple likely has a multitude of engineers working on Siri, day in and through the night. Shai went solo.

The app itself runs using voice recognition tech from Nuance, with the rest of the application working as follows, according to an interview in WPCentral:

The transcribed text [that Nuance spits out] is analyzed for patterns to detect commands or general queries. Commands are interpreted and routed to routine phone tasks such as emailing, texting, calling, social network updates, and getting directions.

When a general question is asked, a mixture of mash up technologies and web scraping is employed to search the web for relevant responses. Pattern matching is used to summarize a direct answer from a web page. Several passes may be required to find a concise answer. A direct answer is then spoken out loud, and displayed in a speech bubble. When a direct answer cannot be summarized the user is prompted by speech to click on their search bubble to see web search results based on their spoken query.

Like we said, it’s an impressive effort for one guy. But in practice, at least in its currently available version, Ziggy’s not good enough to use. The interface is confusing, hard to parse, and dark. Even more, the voice recognition is less than what Siri offers, which is itself insufficient. Ziggy can handle some queries with ease, when your voice input is not garbled, however that’s not a guarantee, and the queries that it can manage are not that time-saving on the whole.

The app just isn’t powerful enough to be compelling, which is a bummer. I’ll wager that the next edition is superior, but I think that it might take a few more at-bats to get Ziggy up to snuff. If I was Microsoft I would hire Leib, and have him join the Bing Voice team. He is obviously smacking in the right general area, and Ziggy is the direction that Bing Voice needs to move in.

We’re going to keep an eye on Ask Ziggy, as we love the pluck of a person who takes on a product of a company with tens of billions of dollars in cash. In short, Ziggy isn’t great, but it does showcase the power of the third-party developer, and how far behind Microsoft is in this field. As it has every resource available to it, Redmond was just shown up by an individual.

Read next: Weird Al, Alice Cooper and Steven Tyler show Bieber how to do The Beatles