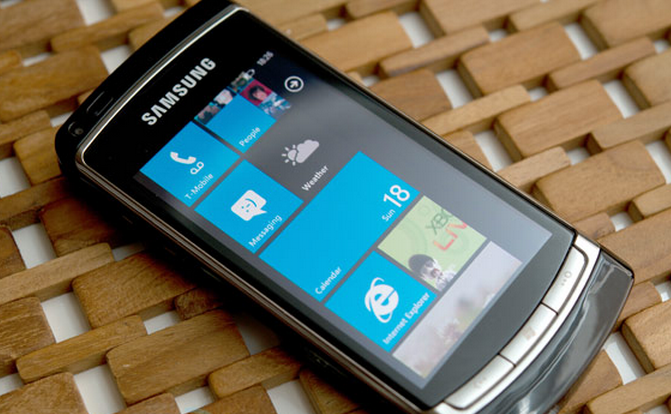 An lo, Microsoft did turn to its past and look for the roots of success. Brought low by the twin demons of iOS and Android, the beast of Redmond found among the Lost Scrolls of Products Past a vile tome, and in reading it did learn of an ancient relic, the Xbox. It had come late and found dominance. In hopes for its young paladin, known as Windows Phone, to have such a life, it decided to employ the old formula scribbled therein.

Or, in English: Microsoft is hoping that its strategy of exclusive content that it used to great effect in launching the sustaining the Xbox brand will work with Windows Phone. After all, when it comes to igniting sales, nothing else has.

A rumor running on WMPowerUser, that they claim comes from a “reliably [sic] tipster,” has it that Microsoft is working on a few titles for its own platform that no one else will be allowed to have. In other words, the company  is going to be, we suspect, financing or coding apps that are hot ticket items, granting its phone line a bit of cachet.

Yeah, we’re thinking Gears of War and Halo just like everyone else. What’s interesting is that this sort of app war is nothing less than standard. As our own Drew Olanaff explains, Apple is a captain at such tactics:

Sources have shared stories with us about how Apple likes to suggest to its developers that they stay on its platform exclusively, and how those apps have received preferential treatment, like being a part of the app store’s “Hot Apps” and “Staff Picks” sections.  In addition, even mentioning other platforms in your app store copy is frowned upon and seen as a violation of its developer’s guidelines.

Harumph, Microsoft might be saying, we too can play that game. We’re going to look into this like hawks. More as we have it.

Read next: 9 Gorgeous examples of black and white websites