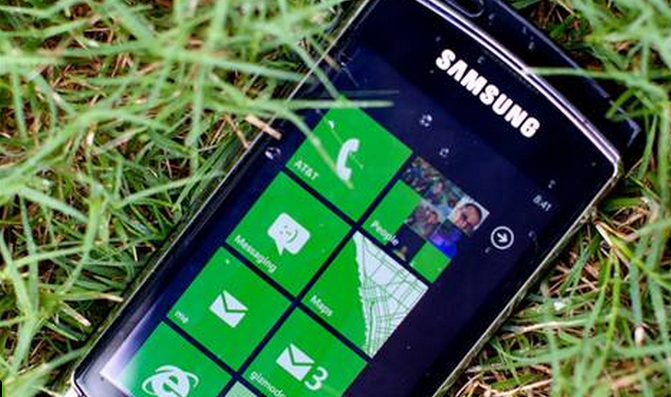 The problem with headlines is that there are always options. In this case I was torn between saying ‘roughly flat’ and using the phrase ‘holding steady.’ However, since they mean the same thing, and the second is cliché, I went with the first idea. In that 4 second debate, I made an executive decision. And that is how your news is made.

Now, the story. Google Trends is a fantastic way to track consumer sentiment. We, in the media use Google Trends to get a feel for what the hoi polloi are interested in. If the results are strong and continuing, we can draw the conclusion that a product is performing well, or at least not collapsing.

It’s often the case with large products, or product lines, that trends move slowly; the larger the item or line in question, the less likely it is to gyrate wildly. That sort of movement is a news story. What we have for you, as noted a moment ago, is a plateau. However, it is a plateau in three parts.

Windows Phone is not always referred to by that name. It is often called ‘Windows Phone 7’ and ‘WP7’ depending upon who is executing the search. That in mind, we are taking the three terms at once, and comparing their total changes to get a snapshot of consumer interest for the phone line.

This post has thus far been a long-winded way to say that Windows Phone lives on. It’s obviously not storming the castle, but it hasn’t fallen off a cliff either. It endures. But will that be enough for it to have the breakout holiday sales season that is so desperately needs?

Read next: Best Buy screw-up means customers won't be getting all their presents by Christmas