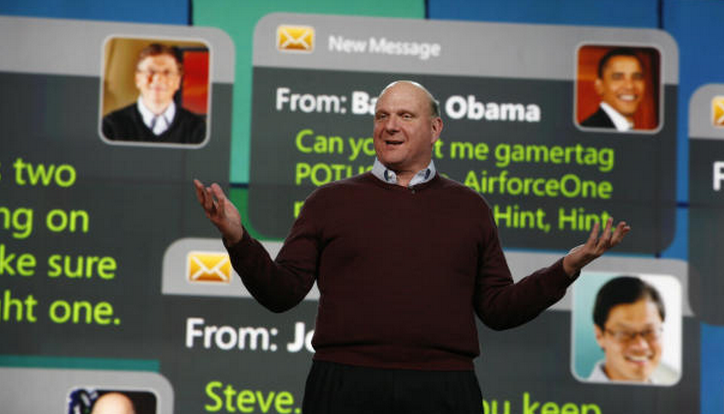 Why? Microsoft calls it evolution. We call it respecting the fact that its product cycles just don’t line up with the event’s timing. Announce after the holidays? That’s a great way to make sure that you are behind the sales curve. Microsoft has a long history of making announcements at CES, including showing off early Windows 8 builds the last time around that ran on a ‘system on a chip.’ That was an important moment for the larger Windows franchise.

The company has opened the event, by having a pre-keynote for so long now that it will literally reshape the event with its absence; people will arrive later, and the first media cycle is now up for grabs. Let the games begin.

Feel free to sound off in the comments with your favorite Microsoft-at-CES moment, as there are too many to recount here. To be frank I’ll miss the massive do that the company has put on for so long. It gave CES a right bang from the get go.

What follows is Microsoft’s statement on the matter, enjoy:

Our industry moves fast and changes faster. And so the way we communicate with our customers must change in equally speedy ways. To ensure it does, we constantly challenge our assumptions. For example:

· What’s the right time and place to make announcements?

· Are we adjusting to the changing dynamics of our customers?

· Are we doing something because it’s the right thing to do, or because “it’s the way we’ve always done it”?

After thinking about questions like these, we have decided that this coming January will be our last keynote presentation and booth at CES. We’ll continue to participate in CES as a great place to connect with partners and customers across the PC, phone and entertainment industries, but we won’t have a keynote or booth after this year because our product news milestones generally don’t align with the show’s January timing.

As we look at all of the new ways we tell our consumer stories – from product momentum disclosures, to exciting events like our Big Windows Phone, to a range of consumer connection points like Facebook, Twitter,Microsoft.com and our retail stores – it feels like the right time to make this transition.

Microsoft has enjoyed a close to 20-year working relationship with the Consumer Electronics Association – and we look forward to working with CEA for many years to come.

In the meantime, I’m looking forward to seeing many of you on Monday night, January 9th, to kick the year off at CES 2012.