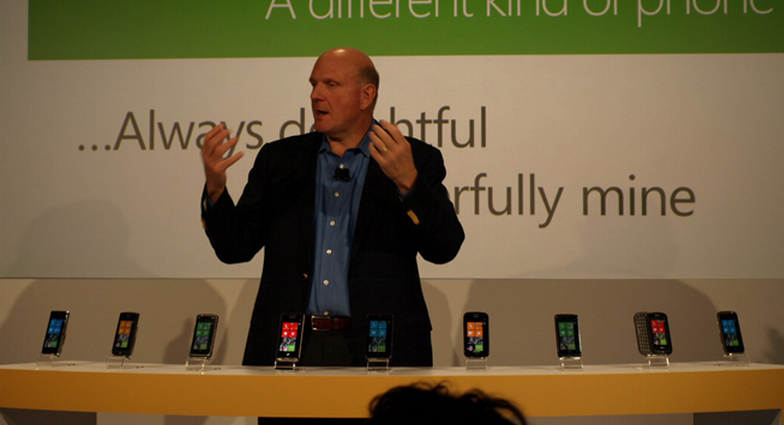 Occasionally here on TNW Microsoft I take the time to respond to a media narrative or two, usually when I find them to be spurious enough to warrant our collective attention. Today, I want to examine a well-read editorial, explain why it is wrong, and then highlight a specific Microsoft reality that relates to the issues as hand.

Starting in order, on WMPowerUser an editorial ran today under the headline “Has Microsoft lost faith in Windows Phone?,” which explains the piece well enough. To give it proper space, this is its thesis:

With the release of a flood of iOS, are we seeing Plan B in action – the plan were Windows Phone does not rise to 20% market share and where Microsoft does not have a relevant mobile platform of its own.

It is interesting that much of this movement coincides with the transfer of Andy Lees, which many see as a demotion, away from Windows Phone. It has been said that this is part of a more results-focussed approach by Microsoft, where underperformance does not remain unpunished.  While Andy can boast having 10% as many apps as iOS, having only 2% of the market share is likely well below target.

To begin, this is asinine. Microsoft released the code on the Windows Phone platform first to keep its community content. In the past when the firm has put out apps on iOS before Windows Phone, there has been collective outrage. Oddly, Microsoft gave Windows Phone a head start in this case, and again its moves are being construed as bad news. Misconstrued, I should say.

Is Microsoft siphoning from the Windows Phone gas tank? The simple the answer to that is no. The company is putting untold millions into the project, is working on its next software editions, and continues to pump up its developer community. There was a collective shiver at the promotion or firing of the head of Windows Phone, but there have been zero whispers that have reached our ears that things have changed an iota in terms of goals, plans, and resources as they pertain to Windows Phone.

Now, this is not to say that Microsoft is doing everything right. A recent passionate, if it a bit oddly written editorial in the Australian-focused WPDownUnder blog effectively bemoaned the laggish performance of Windows Phone in the country. Reading the article was akin to shifting through a pile of the smartphone line’s dirty laundry; you became a bit ashamed and wanted to look away. Microsoft can, and must, do more at the retail level to bolster Windows Phone.

That is a fact. It’s also a fact that Windows Phone is nothing less than a full speed project, so far as we in the media can tell. Now, if the WP7 line has a flop of a holiday sales cycle, then we might have a ballgame. For now, don’t believe the hype.