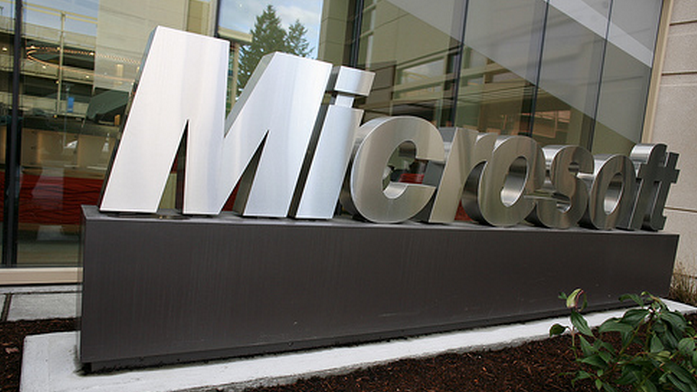 No matter how far along you currently are in designing your new exercise and diet regime, let’s stop, take a moment, and look back over the last week’s Microsoft news. After all, if you start your diet now, who is going  to eat the leftovers?

Right, this week was a bit abnormal with the United States only pretending to work, but that hasn’t stopped us from digging up a plethora of interesting content for you to burp through. Just don’t spill any more gravy on the keyboard.

Just like every week, make sure that you are following TNW Microsoft on Twitter, Facebook, and we will cut the throat clearing and dive right into the news.

If you built voice recognition into your phone line, allowing people to give spoken directions to their handsets, only to have your chief competitor do the same a year later to thunderous applause, might you be a bit miffed? Microsoft might be, if one of their executives is any indication.

Craig Mundie, a Microsoft bigwig, said in an interview with Forbes that Siri, Apple’s latest stroke of the iOS masterpiece, was essentially late and unimpressive. Even more, he had some sharp words for the iPhone 4S. You know you want to watch it:

Now that Nokia’s Windows Phone future is well embarked, some of the sheen has to fall from the curtains, right? In a way, yes.

This week we found out that Microsoft has essentially blocked Windows Phone handsets, in their current generation, from using dual-core processors, to give Nokia time to catch up. Why doesn’t that new handset of yours go faster? You can blame Finland. At least I plan too.

In other news, the Lumia 800 continues to garner good press, this week in regards to its sales numbers. The Lumia 710 has all but receded into the shadows, as was mostly expected; when you play second fiddle, no one knows your name.

Finally, two bug fixes are out for the Lumia 800 to deal with some lingering battery issues. You can learn more about them here.

There is a moment in every writer’s life in which a story literally falls from the shelf, and into their basket. This is one of those stories.

The Kinect for Windows team, looking to staff up, hired a bacon cart, and sat it outside of Amazon’s headquarters. Their goal was to entice engineers over, and ply them with fatty porcine delights while buttering them up on the idea of working for Redmond.

Who knows if it worked, but the idea is sheer, ahem gravy. In other news, we did have to say this:

I knew that the Internet’s bacon fetish had to jump the shark at some point, but I usually dismissed the thought as immaterial and headed to the fridge and frying pan. I can now call it: Bacon is passé.

Why? When an advertising agency begins to use bacon to help Microsoft recruit engineers for its Kinect for Windows team, you know that it is over.

Here we go again! Honestly, this story is older than the I am by now, and it just won’t fade to black. But, let’s walk the path one last time:

Just when you thought you’d seen the last of rumours connecting software giant Microsoft with the acquisition of struggling search company Yahoo, the company has seemingly added fuel to the speculative fire after it was reported to have signed a nondisclosure agreement with the Internet firm.

A person briefed on the matter told Dealbook that the Redmond-based company will now join a number of private equity firms that will be allowed to take a closer look at Yahoo’s books.

See that dead horse? I don’t think that Microsoft’s boot has broken all its ribs yet. In other news, check out how much money Microsoft has saved by waiting to buy Yahoo.

Now go eat. I give you permission.

Read next: Shortcut brings Settings widgets to your iPhone, no jailbreak required