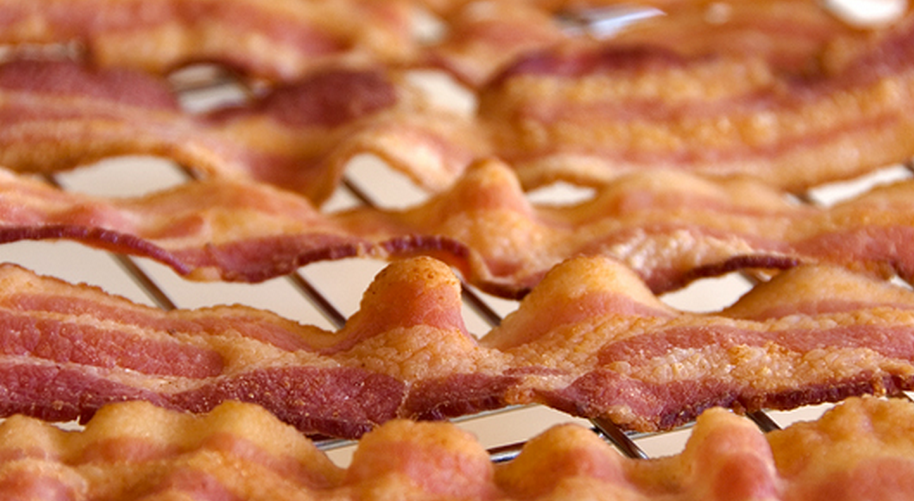 I knew that the Internet’s bacon fetish had to jump the shark at some point, but I usually dismissed the thought as immaterial and headed to the fridge and frying pan. I can now call it: Bacon is passé.

Why? When an advertising agency begins to use bacon to help Microsoft recruit engineers for its Kinect for Windows team, you know that it is over. Oddly, this post is not in jest. I’m being quite serious. Outside of Amazon’s headquarters in Seattle, Microsoft operated a small bacon cart today, and handed out free fat to potential hires.

Bacon may be over, but this is, I must say, nifty. Under the slogan ‘Wake up and Smell the Future,’ Microsoft fed walkers-up while, presumably, pitching them on the idea of coming to work for the Kinect team. According to the Seattle Times, who first discovered Microsoft’s hijinks, the very best potential candidates had the chance to receive a free bacon-scented air freshener. Yes, they make those.

For your viewing pleasure, photographs:

Given that Microsoft has tens of billions of dollars banked in cash, you might think that three strips is a bit paltry, but you have to admit, you would eat them. I would actually listen to the Kinect pitch twice, if I could double my bacon haul.

This is the sort of post that usually drops on Friday, I know, but a nice smile and a casual exclamation of ‘what the hell’ is good for the heart on Monday. It keeps the blood flowing. Now, back to your regularly scheduled, normal, fat-free tech news.

Read next: SkyChalk lets you leave notes on a map, anywhere in the world