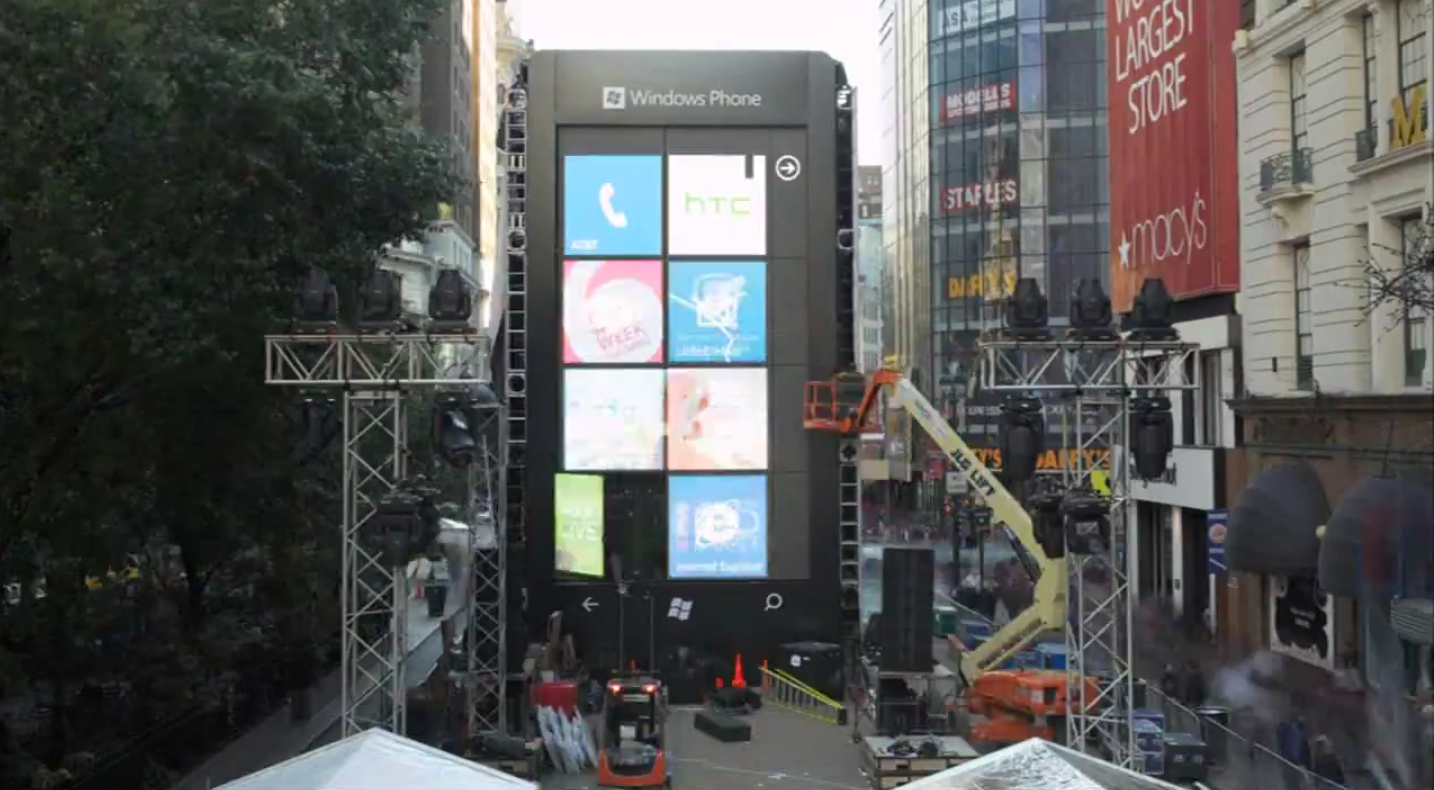 To compliment its Windows Phone handset launch today, Microsoft build a giant 6-story Windows Phone in New York’s Herald Square, demonstrating what US consumers could expect to see from the latest smartphones being launched at Monday’s event.

This morning, Microsoft posted a video to its YouTube account to show how the 6-story Windows Phone was built, notifying viers that the “phone was built to celebrate the arrival of 4 new Windows Phones in the US for Holiday 2011”.

It’s an impressive feat, one that will be almost impossible to miss if you are in the area. Microsoft is holding a media event this afternoon and is expected to announce the launch of a number of value-added services and third-party applications. We will of course keep you updated on today’s developments from Herald Square in New York City.