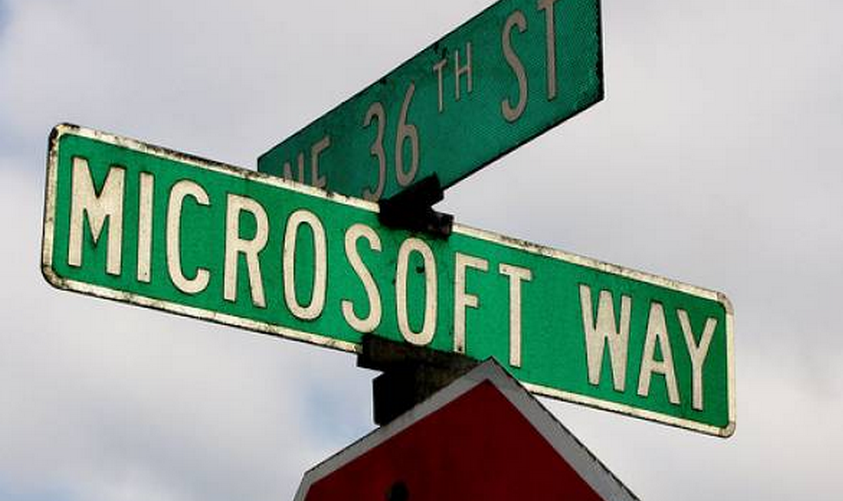 It is Friday, which means that it is time for us to gather around the fire and talk about the last seven days of Microsoft. Oddly, most of the juicy stuff this week has occured in the past few days, so if you have been absent recently, prepare for a minor deluge.

As always, we implore you to send in suggestions on how to improve or tweak this weekly roundup. Submitted ideas have shaped it thus far, and we expect future input to only better the format. This week’s question is as follows: What is the the version of Office that has passed, that you miss the most?

Now, make sure that you are following you best friends at TNW Microsoft on Twitter, and Facebook, and we will cut with the throat clearing and get into the news.

Just another brick in the wall: Quanta Computer this week signed an intellectual property payment plan with Microsoft that forces it to fork out royalties for shipping devices with Android on them. Microsoft thinks that Android steps on its IP toes, and thus if you ship it, Microsoft wants a check, or you get a lawsuit.

Given that Redmond has lined up HTC, Samsung, and a host of smaller providers, it seems to have a case. Only Barnes and Noble and Google are pushing back. Google, obviously, has the most to lose.

Whatever the case, Quanta is going to be pushing Android, and royalties. Meet Microsoft, the most profitable player in the Android market.

You knew that Mango had to have some sort of flaw, or delivery error, right? There was no way that the release and use of the new software was going to be free of all hitches. It would have been a miracle. This week, we found out what was going wrong:

Microsoft is currently, and officially, looking into issues that users of its mobile line that have executed the update are having with accessing Office 365 and Exchange 2003. According to reports, the SharePoint Online part of Office 365 is causing problems.

Roughly half of all extant (sold before Mango was completed) WP7 handsets have been upgraded to the latest edition of the software. Assuming that this problem is endemic, and not sporadic, it is an issue that Microsoft must correct, especially given the enterprise history and legacy that its mobile devices have; in other words, Windows Phone devices sell on their cohesion with Microsoft’s enterprise products, and so if it fails, the problem is even more acute.

But since Microsoft knows about it, they will issue a fix soon, right? Let’s hope.

Bing did not grow in September, in terms of market share. Ouch. That after six months of consistent growth. For the millions that Bing lost Microsoft in the last month, this must be a serious annoyance.

Even more, Yahoo shed market share, so Bing ended up powering a smaller than before slice of the search market. Ain’t that the bee’s knees. Anways, Bing proper is not shrinking, but certainly took a breather on progress. Perhaps now that school is back in session everywhere, Bing will find some search term growth. Or perhaps Microsoft needs to ramp back up that ad spend. Bing needs to grow, for Microsoft to be able to sign off on the losses.

Good news Windows 8 fans, changes, and the good kind, are coming. Microsoft, releasing its usual novel-length post on its forthcoming operating system, explained that after much whining it is making changes:

The company responded piece by piece to a full grip of issues, enough that we are not going to attempt their summary. If you want to go fully granular, head here. If you want to know the broad strokes, stick with us. Let’s begin with the App Screen. Microsoft has revamped the App Screen in Windows 8 to support the display of apps ingroups as opposed to being purely in alphabetical order. Also, the company is making the app density greater, so more total content is displayed. This is crucial for powerusers and neatfreaks alike. Also, it was much requested.

For enterprise customers, Microsoft pointed out a nice little carrot in its operating system: “For Windows 8, we support deployment scenarios that include Start screens with a layout of tiles that matches their business group’s needs, allowing for an even greater number of pinned apps to be pre-defined for their users. We also support the managed lockdown of customization of the Start screen so that it is consistent across the corporation.” That is a big, slobbery kiss that every enterprise customer should enjoy.

In other words, Windows 8 remains very much in flux, and can be swayed by strong comment. So get talking. Now.

Read next: Here's a $.99 app that will let you tether your iPhone for free