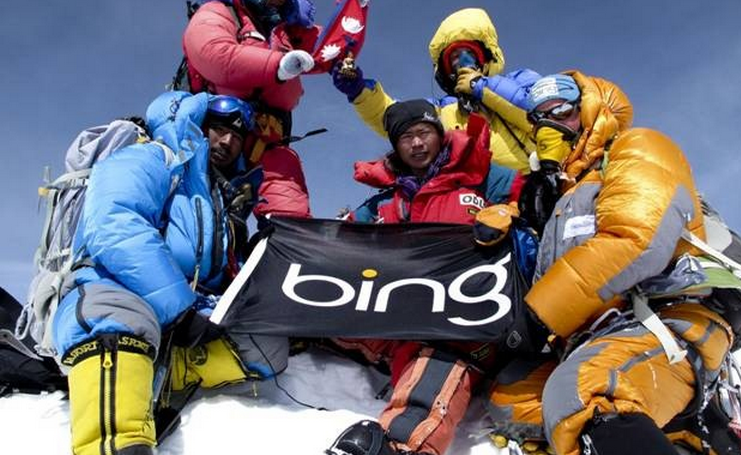 According to ComScore, for the first time in six months, Bing failed to grow its search market share in the US during a one month period. Microsoft directly controlled some 14.7% of the market in September.

This news comes at a time in which there has been much speculation and hand wringing over the staggering sums of money that Bing loses for Microsoft. That Bing has stalled, at least temporarily, puts tremendous pressure on the Bing team to show to Microsoft’s investors that their project is worth the balance sheet damage that it has caused thus far.

Yahoo’s search fares declined in September, losing 0.8% of its slice of the pie, landing at 15.5%. Google picked up a cool half percent in market share, leaving it with 65.3% control. In a fit of oddity, AOL actually grew its search bite by 0.2% to 1.5%. That came on the back of a 16% rise in queries for the sideline player. For Bing itself, ‘explicit core search queries’ rose an amount so little that it would only be fair to write off as unch and move on. Still, Microsoft can take heart that it is not losing ground.

What this means for Bing, if anything, is hard to ascertain. One month’s data is merely a point of information, and the fact that this comes after a half-year of growth makes it harder to take seriously. At the same time, any loss of momentum is a blow to Bing, which is struggling mightily to grow in the face of Google’s dominance.

The money question that we discussed a moment ago has a simple response, if you were curious. Microsoft understands that the Internet, and cloud based services (web apps), are going to expand hugely in the next several decades, meaning that there will only be more data to sift; if it wants to be a real player in the future, therefore, then it must have its own tool to sort that information. Hence, Bing. It’s a play for the next decade, and with tens of billions in the bank, it can afford the bleeding.

Read next: TNW's Guide to iOS 5: iCloud and the PC-free iOS experience