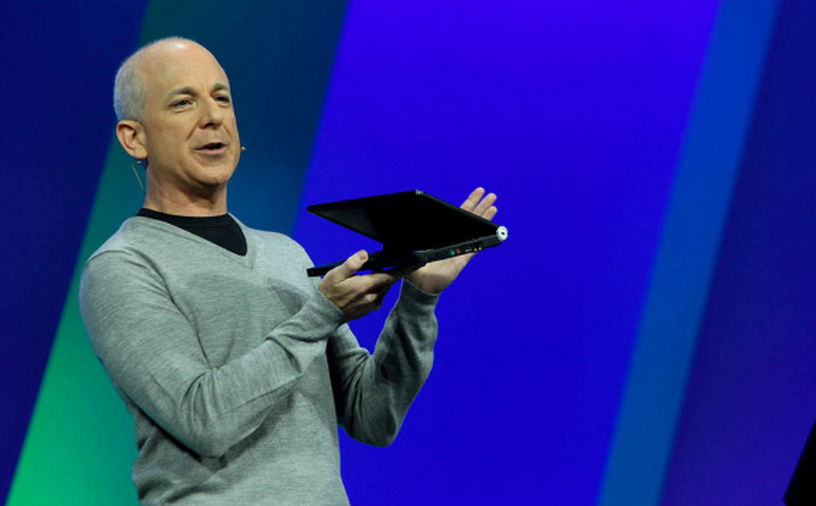 Through the past week, Microsoft took most of the wraps off of Windows 8. At a minimum, we have a much improved view of what the company is building.

So far, the market response has been leaning towards the positive side of neutral. That is the correct place to be, as until access is granted to fuller builds of the operating system, it is hard to fairly judge its merit.

There is, however, a single topic that has thus eluded nearly all discussion, only being touched on peripherally. The problem of Windows 8, as you might phrase it, is that Microsoft can only control it so far. That is to say, Microsoft can manage the software, and it can push partnered OEM companies in certain directions, but its reach is very limited when it comes how the operating system will land in the hands of consumers; Microsoft is not going to build the PCs that will end up filling the shelves at Best Buy.

And so we can look at the software, as we have, on its own merits, but the method of conveyance, that is to say the hardware, is somewhat hard to put a finger on. We can, of course, make some simple assumptions about what sort of hardware will be built, but the final quality of the products is impossible to barometer from our current vantage point.

What PCs will be made for Windows 8? It’s safe to say that OEMs will push far harder on ‘all-in-one’ sort of computer, giving people the option to have touch on a large, flat screen. Windows 8 is almost designed for such an environment.

There will be tablets (slates), as well, and plenty of them. There will be touchscreen laptops, akin to what was sometimes built for Windows 7, but functional this time around. It feels correct to say that there will be an explosion of experimentation in the hardware world, the likes of which we have not seen for some time, to support Windows 8. New software demands new hardware, and so forth. This is what should happen, of course, but as we will shortly argue, it might flop akin to the breakfast pancake.

Now we have reached the ‘x factor’ that is the crux of the hardware question: Will the result of the plastic and aluminum and glass that is put into these future machines be any damn good?

I had a very illuminating talk with several friends at BUILD, and over lunch we chewed the question. There are, of course, certain bright spots in current PC design. Everyone fawns over the Samsung Series 9, as they should, but it is no fun at all to wade through the never-ending tripe from the big PC manufacturers that are little more than design abdication. The design deficit is hardly only skin deep. To win the price game, OEMs have long cut hard on the quality of their products, and the resulting products are foul from the outside in.

Cheap keyboards, unworkably bad touchpads, pathetic battery life, unviewable screens, and skimpy components run rampant, all of which is attempted to be compensated for by allowing users to ‘snap on’ a different colored backing to their screen. Personal! It’s a wash. I can’t imagine all the poor saps stuck with computers that appear to have been built by people who hate them.

All of that is well-known, of course, but it becomes more problematic in a Windows 8 world. Why? Because Windows 8 demands more from its client hardware, mostly involving the screen. Think of it in two ways, the first being that Windows 8 is designed to allow applications to be pretty. Think of that. Pretty Windows apps. And you thought the idea was a joke. The past aside, ‘metro’ does have some positive notes to it, and it’s important to keep in mind that no matter how hard you try, a bad screen borks the software looks. Period.

Before we move on, what this implies is that laptop screens are going to have to be of a higher quality than they currently are, if they want to provide a proper Windows 8 experience. How will the costs be managed? Not well, I imagine. Now, let’s get to the next problem:

Windows 8 is finger-friendly, but nearly no current computer is. Screens, dim and pixel-lite as they currently are, will have to take on another entire new requirement. It makes you fret, as OEMs are currently as concerned with making quality as they are with last night’s leftovers. Touch is more than a new feature, it’s a new design parameter that should, and will, effect total PC design. Computers are about to change, at the inducement of the market leader in operating systems, completely.

Another factor to keep in mind is that some companies will soon be building computers that employ touch that haven’t done so before. The experience deficit is not a small problem, and could lead to machines that are nearly unusable from a hand perspective.

Whether or not the change will be positive is the question that we cannot yet prosecute.

But it is obvious that if the touch side of Windows 8 is all but ignored on by the world’s PC OEMs, Windows 8 will be an abortive experience. We’ll get to that shortly. What matters in regards to touch here is that screens are going to have to improve across the board, taking on new needs while (hopefully) bumping up on the total quality scale. It’s a tall order for a calcified industry.

Apple hardware is so beautiful that many serious Windows fan have been tempted to buy a piece of it, and then run Windows with it. It’s hardly an idle fantasy.

PC design (and I use the term ‘PC’ in the colloquial, not literal sense) is nearly always not worthy of note. Windows 8 is certainly bold, and has new demands. PC design therefore, if it wants to properly support what is good about Windows 8, must improve. That brings up the title of this post, which is a call to arms of a sort, ‘don’t build ugly.’ I have a fear, and one that others do share with me, that Windows 8 PC design is going to be ‘more of the same.’ Crap, in other words. It will throttle the new operating system, and hold back whatever potential it has. Windows 8 demands new features and higher quality because of what it can do, and what it wants to emphasize.

But the ugly might continue. OEMs might ignore all sense (hardly a stretch of the mind) and produce the same usual pile of blinking drivel that they have been for as long as our memory serves, even though the software world is about to be forcibly dragged in a different direction.

Think of it in this way: For the entire history of PCs, functional inputs have come from the same two places, the mouse and keyboard. Now a third is being added. Katie bar the door.

Here is a fact: If Windows 8 PC design is poor, no tablet or slate that runs the software will be any good, the software notwithstanding. Therefore, iOS will own the tablet and slate market into the foreseeable future. iPads are priced appropriately, and they are good. Windows 8 devices need to be the same. The software appears to have potential, but the hardware question is a completely blank slate.

The tablet given out at BUILD is an incredibly powerful machine (for its heft, and so forth), but it will cost a multiple of the iPad, putting it outside the mainstream. Who will build an excellent slate running Windows 8 that is of high quality and has a low price point? Name the company. You can’t? That is the problem. You almost want to ask Microsoft to build a few machines themselves to ensure that the market has some workable units in it. The company will not, of course. It worked with Samsung for the BUILD tablet, but it is Samsung’s end product, and not Microsoft’s.

Of course, makers of Android tablets have experience that could yield devices of a higher quality than we are perhaps expecting.

If PC design remains infantile, then Windows 8 will suffer. OEMs in this case are effective gates, keeping, or allowing to pass, users into the Windows 8 fold. Say it to yourself: Don’t build ugly. Don’t buy it either, we have suffered enough. It is high time that PC design as a whole took a turn for the better, and Windows 8 is a perfect time to do so. Say no to the beige box. Say yes to slim, well priced, brightly screened, and long-lasting devices. Down with ugly! Down with cheap as the principle goal.

Windows 8 is an opportunity. And not one that should be squandered. If we, the consumers, want touch as badly as Microsoft hopes, then let us employ our fingers on machines that we are not ashamed to pull out at Starbucks. What a nice change that would be, wouldn’t it?

Read next: Is Amazon's knife sharp enough to carve into the tablet market?