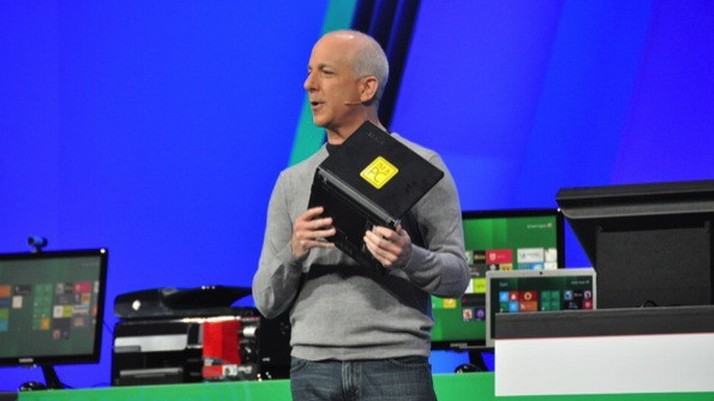 What a week. TNW is still in Los Angeles, about to leave the BUILD event, but we are still digesting its every piece. So much was revealed over the past few days that it is almost hard to recall how little we knew last weekend.

Now Microsoft has shown off ten times more of Windows 8 than we had previously seen, released an early build, detailed Windows Server 8, let forth new news on Windows Phone, and generally explained much of its coming roadmap for the next year. And about time, you might add, as we have been speculating so long that to have some hard facts almost feels like cheating.

As you can expect, this post is not going to cover anything but a fraction of the news from the last seven days, so be sure and dig about in the archives if you missed anything. Aside from that, be sure to follow us on Twitter, and Facebook, and let’s get into the news.

This was the biggest, and most important topic this week. Microsoft not only released a hundred details about its coming operating system, it let people download and play with a developer preview build of it. More than 500,000 people jumped at that chance in the first half day.

We managed to get Windows 8 before the rest of the world, and wrote a massive 3,000 piece on Microsoft’s pronouncements and our hands on experiences. We cannot reproduce more than a fraction of that here, but this is what we had to say about Windows 8:

If you wanted the most simple way of explaining Windows 8 in practice, this is how I would describe it: Take a clean copy of Windows 7, update it as a few years of time will always allow, introduce certain touch features to its core experience, and then integrate an expanded Windows Phone interface that is built to interface with the desktop environment, and other Microsoft products. On paper it is a compelling combination, and in its current forms it is functional enough.

Our view is this: There is much potential to in Windows 8. Microsoft has not uncovered more than a piece of the map, but there is a path to be found. If you think that Windows 7 is a workable operating system, and that the touch elements that have been detailed thus far look usable, there is a very good chance that Windows 8 will suit you.

Windows 8 is bringing deep Windows Live integration, Xbox LIVE integration, a new style of application development, replete with new APIs, and frankly, a host of other things. Windows 8 is certainly not a half-assed Windows 7 upgrade. We will be tracking Windows 8’s every move over the next 12 months, so get strapped in.

On the second day of the BUILD event, Microsoft brought forth much information on Windows Server 8, and like with Windows 8, released a developer preview of the software.

As with Windows 8, we have an in-depth post on the topic, but are going to bring you the critical pieces here:

Microsoft’s Server and Tools Business President, Satya Nadella, explained that Windows Server 8 is a cloud-focused piece of software. Microsoft is leaning heavily on its experience with its cloud-computing Azure product to flesh out and deliver the new edition of Windows Server.

All told, Windows Server 8 contains, according to Microsoft’s Bill Laing, Corporate Vice President for the Server and Cloud Division, more than 300 new features.

The third version of Hyper-V will be included in Windows Server 8. As you know, Hyper-V technology is also coming to Windows 8, marking its first entry to the consumer product. Automation marks another key element of Windows Server 8, with Powershell 3.0 taking a leading roll.

All that and it might RTM in April, a month, oddly, enough that has been much bandied about as the potential RTM date for Windows 8. We could see the two products co-launch. That would certainly make for a busy week.

We are already over our word limit for this post, so here are some quick hits that you need to know about:

And that is it for this week, folks. As always, more as it comes.