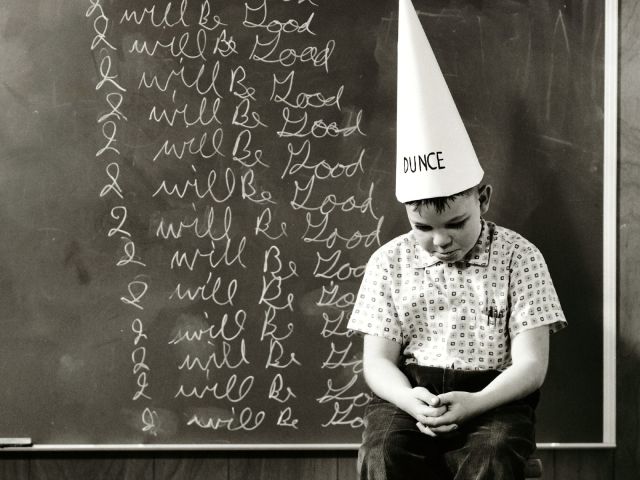 Well, it seems that a story we published last week was an elaborate hoax. Along with the BBC and many other media organizations, we reported that a Canadian “psychometric testing” company called AptiQuant had established a link between IQ and the browser of choice. To cut a long story short, users of Microsoft’s Internet Explorer were found to have a lower IQ than those using other browsers, such as Firefox and Chrome.

Indeed, it has now emerged that the company in question only registered the domain name on the 14th of July:

This isn’t definitive proof in itself, but given the company claims to have been founded in 2005, it’s clear something fishy is going on. And there’s more evidence that the whole operation is bogus too, as the BBC reports today. AptiQuant’s website contains staff images that were copied from a legitimate French business’ website, Central Test, though the names were changed.

AptiQuant had issued a press release claiming to have invited 100,000 web users to take IQ tests, and they then matched the results with the type of browser they used. It seems that this was all made up.

Internet Explorer users can sleep easy now, knowing that browser-usage isn’t indicative of intelligence after all. But then again, we all knew that already, right?

Leonard Howard is given as AptiQuant’s founder, and as you can see the same image is used from the founder of Central Test, and an almost identical biography is used too.

As Ry Crozier from IT News notes, a Google search of the phone number listed on PRWeb for AptiQuant’s contact Leonard Howard showed it was shared by shopping comparison sites CaptainSam.com and Atcheap.com. Whilst other press releases for those comparison sites which were found on PRWeb listed the number as belonging to someone by the name of Tarandeep Gill.

Crozier also notes that Tarandeep Gill was the listed registrant of AptiQuant.com, with the same phone number that’s listed on PRWeb, but it seems the Whois database was updated today, and the name has been removed, and the telephone number is different.

IT News  spoke with someone who confirmed they were Tarandeep Gill of CaptainSam and Atcheap. But they weren’t sure why ‘Leonard Howard’ would be using his number. “This is my number and I don’t know who else you’re talking about,” Gill said.

So it’s not clear what – if any – the connection is between AptiQuant, Tarandeep Gill and Central Test. But a Twitter user, apparently based in San Francisco, going by the name of Tarandeep Gill actually tweeted the IE/IQ story three times in the past week, which could suggest at least some connection to the story.

But it’s also possible that ‘Leonard Howard’ simply plucked this information randomly from the Web.