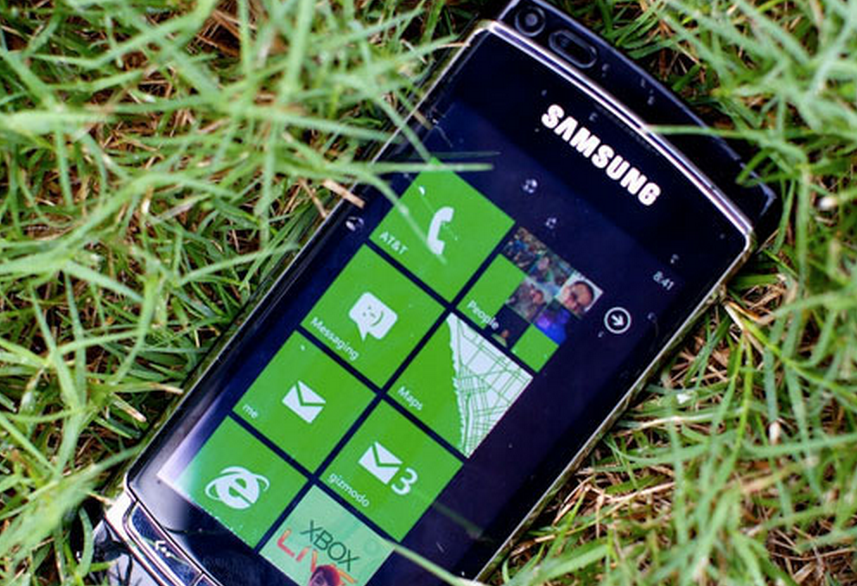 Microsoft might know that its Windows Phone 7 platform lacks momentum, but that is not stopping the company from not only pouring cash into the project, but also continuing to hype the mobile line at every turn.

Today was no exception. At its Worldwide Developer Conference, Microsoft showed off a number of new Windows Phone 7 handsets that were on display almost certainly to assuage the fears of jumpy partners who have heard rumors of a WP7 flop.

Take a look at the following image, we’ll walk you through what is what in just a second (images via NeoWin):

On the left is an Acer phone, in the middle is a waterproof Fujitsu, and on the right is a ZTE device. But most interesting of all was a new Samsung unit that Microsoft hoisted and flashed:

According to Microsoft it’s both thin and light. Better sources than the corporate mouthpiece have pegged the device as resembling Samsung’s Galaxy S II Android model, something that makes a good deal of sense: If Samsung has already built killer hardware, why not sell it with Windows Phone 7 running on it?

Samsung also sells the Focus, one of the more popular Windows Phone 7 handsets in the United States. All shown devices will run Mango, but Microsoft has not given even a hint as to when they may reach the market. This is logical: As they run Mango, any listed launch date will allow the market to know the date by which Mango will have been released; right now Microsoft needs time flexibility to work on Mango’s bugs, as it does not want to over promise the update, especially after the NoDo distribution meltdown.

Sound off in the comments: What do you think of the new phones?

Read next: Facebook for Every Phone, a low cost, data-sipping app for Java phones