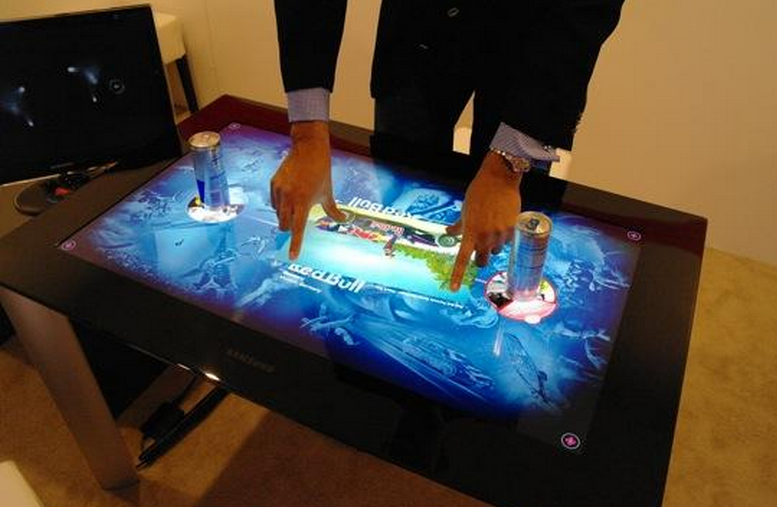 Microsoft is set to deliver the second software development kit (SDK) for its Surface line of products on June 12th.

This release is on time, as Microsoft had previously promised to distribute the SDK during the summer. According to Microsoft’s blog post announcing the upcoming release, the SDK runs on WPF 4.0, XNA 4.0, and Windows 7.

Also coming in the second SDK for Surface is, not surprisingly, the Metro design aesthetic. The Surface team promises a “new visual style” that is “consistent with other Microsoft Products such as Zune and Windows Phone.” In other words, Metro. This is what it looks like:

Microsoft is also putting together the “Microsoft Surface Design and Development Center” on MSDN to provide training, the SDK itself, guidelines on design and touch-interaction, app certification, and white papers for developers looking to get into Surface development. The company’s goal is to “focuses on helping people get jump started with developing amazing new vision based touch applications that people can share at the same time.”

Finally, Microsoft is calling for developers to show off their newly developed applications, and to do so will feature them on the Surface website. More information on that can be found here.

The second Microsoft Surface touch-computer is both thinner and more capable than its predecessor. While the first Surface was too large to fit into anything smaller than a coffee table, the second Surface is thin enough to mount to various flat surfaces.

It remains to be seen if the second Surface will manage to be anything more than what the first Surface turned out to be: A very expensive toy with little practical use.

Read next: Find out who's tracking you across the Web, with Collusion