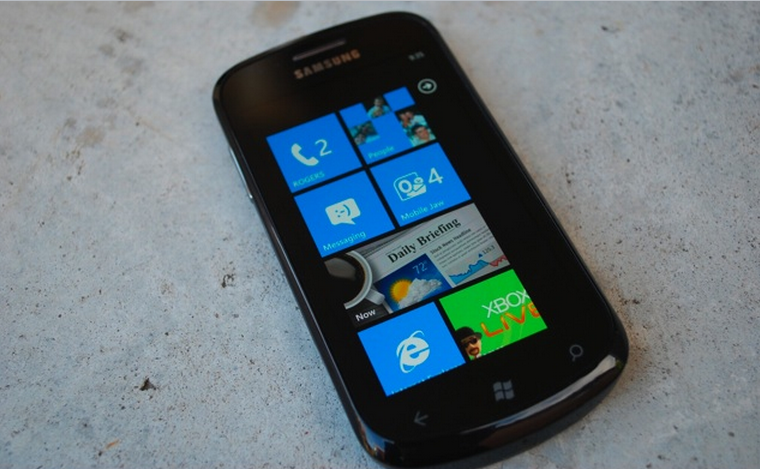 The world of Windows Phone 7 fans is afire at the moment following a juicy, and positive, quote from the banking powerhouse Goldman Sachs.

Included in a report in which a Goldman analyst cut their target on the stock price of Research in Motion, creators of the famous Blackberry phone line, was the following statement: “We [Goldman] were also surprised by the extent to which Windows Phone is gaining momentum.”

Holy odd news, Batman, since when is Windows Phone 7 gaining momentum? Even the most die-hard fans of the platform have been relegated to hoping that Mango and the coming Nokia handsets would be the salvation, in terms of sales, of the phone line; what has happened other than delays in the last few months to boost momentum?

Your guess is as good as ours. We are frankly not even sure what metric Goldman Sachs is looking at to make this pronouncement. We haven’t seen anything in the last few weeks, other than perhaps the fact that the WP7 Marketplace broke the 20,000 app barrier, that lines up with this.

If you know, sound off in the comments. If you are a WP7 insider who wants to tip us with what data Goldman is looking at, please send us a note ([email protected]). We’ll keep you anonymous.

Even WMPowerUser was not expecting the pronouncement, as shown through their point that it was Mango that was supposed to ignite WP7 momentum, and nothing before:

Of course Windows Phone 7.5 with its deep native Messenger, Skype, Facebook and Twitter integration offers much more than iMessage in a much more open platform, and is expected to reach volume in 2012 with Nokia’s adoption. However with Jankowski already seeing momentum maybe RIM needs to be looking out even before then.

Sound off in the comments: is Windows Phone 7 doing better than we think, or is Goldman merely comparing it to RIM, a giant in decline?

Read next: Nintendo warns of phishing attack to its European site