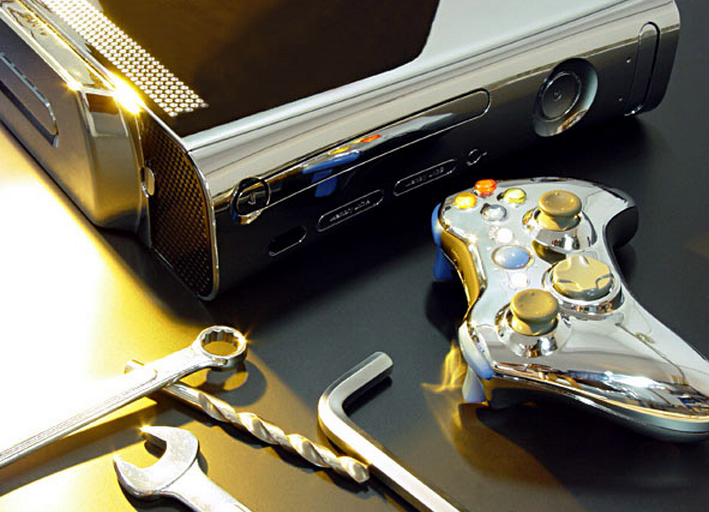 As something gets older, it tends to lose value. Thus the financial concepts of depreciation and amortization were born. The Xbox 360 seems to be trying to buck that trend, and Microsoft could not be happier.

Now that we are on the very precipice of the start of E3, Microsoft is pulling out the stops of its PR campaign in favor of its wares. Enter the following chart:

Microsoft now says that 55 million Xbox 360 consoles have been sold worldwide. It is also the number one best selling game console here in the US in 2011 and has been the best selling console for 10 of the last 11 months. In the first four months of 2011, Microsoft says it has seen a 29 percent increase in year-over-year sales which is triple the amount of growth of Sony’s Playstation 3 console. It also said that each of its nearly 35 million Xbox Live users have logged an average of almost 60 hours a month using the online service. The total amount of time logged by all those Xbox Live users is a whopping 2.1 billion entertainment hours.

What caused that last uptick? As we have noted previously, the Kinect has been a massive driving force for Xbox 360 sales.

Why is that the case? Because the Kinect is the fastest selling consumer gadget of all time, literally. Those millions of Kinect that Microsoft moved helped to sell piles of Xbox consoles as well, pushing the gaming device higher and higher.

But don’t call it a gaming device in front of Microsoft, the company is determined to recast it as an entertainment hub. From our previous coverage:

The Xbox 360 and its ecosystem continue to give Microsoft new stats and figures to brag about. Today’s new installment: “While people are still playing a ton of video games, 40 percent of all Xbox activity now is non-game.”

That’s right, nearly half of all Xbox activity is now not a teenager trying to beat on a friend in a virtual deathmatch. Instead, non-game entertainment is creeping up as a main component of Xbox 360 use, and according to the same post by Microsoft, every Xbox plays an average of 30 hours of video a month.

That’s an hour a day, and Microsoft claims that the figure is “growing fast.”

That’s right, your Halo-box is soon to be the very center of your living room, so long as Microsoft can get its way. Ready to cut the cord? Microsoft hopes so. We’ll be covering E3 as it happens next week, so stay tuned.

Read next: This week at Microsoft: Skype, Mango, and Windows 8