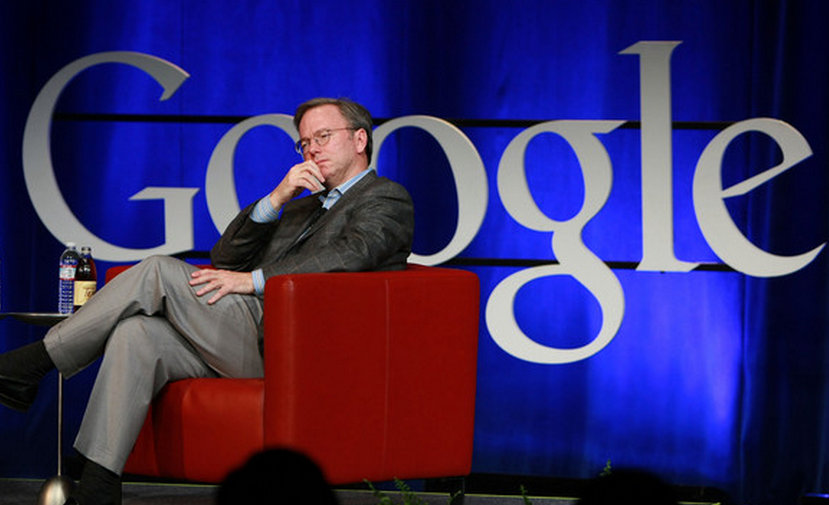 Fresh off of last night’s slight that it is much safer to buy a Mac than to buy a Windows-based PC, Google’s ex-CEO Eric Schmidt is at it again.

Last night the technology titan said, from our previous coverage:

“You could use a Mac instead of a PC,” said Schmidt. He said viruses are far less likely to affect Mac users. Schmidt backed the Mac after giving advice about security with Google services.

Back for more today, Schmidt had a number of things to say about Microsoft. Schmidt listed who he thinks are the top four Internet companies in terms of, as reported by Paul Thurrott, “driving innovation and growing astronomically as a result:” Amazon, Google, Apple, and Facebook.

See a missing name? Schmidt actually went on to say more: “Microsoft is not driving the consumer revolution in the mind of the consumers. [Although] they’ve done a very good job of getting [customers] locked in on the corporate side.”

Ouch. And finally: “Typically, tech companies eventually become boring and middle-aged,” he said in reference to Microsoft. Zing. We’re sure that Ballmer is not so very happy with all of this.

How fair is Schmidt being? He’s not so far off the mark when it comes to Windows Live services, products that are generally lacking when stacked up against their competition, often coming in the form of Google products.

But in search, Microsoft does seem to be pushing the envelope with Bing enough, that with its expanding market share, to call it down as unimpressive simply doesn’t make much sense. Then again, we doubt that Google is ever going to have too many kind words for the rival search engine.

Still, the sharpness of Schmidt’s comments point to something very real: there is no love lost between Google and Microsoft, and that is not likely to change any time soon.

Don’t forget, Microsoft is set to show off parts of the Windows 8 tablet UI tonight. TNWmicrosoft will be covering that as it happens.

Read next: Interview with Photobucket's CEO: Twitter validates our comeback