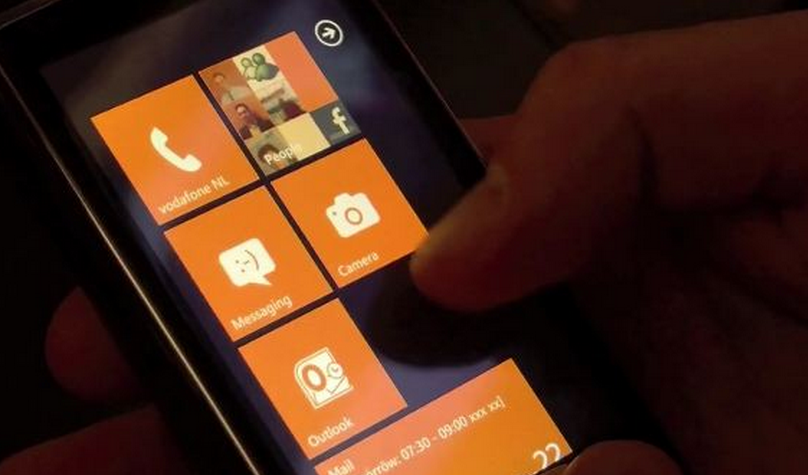 The refrain that ran through the minds of every person watching Microsoft’s big Mango-coming-out-party this past week, as the company finally took down the curtain and showed off the future of its nascent mobile platform, mimicked the immortal words of Tychus Findlay: ‘Hell, it’s about time.’

It might be hard to imagine, but Windows Phone 7 has been commercially available for less than a full calendar year, despite having been through enough intrigue and anti-hype for a life of twice that length. Windows Phone 7, it must be said, is still a baby.

And a good thing too, otherwise people might begin to wonder when it was going to post big boy sales numbers.

Back to Mango, we are sure that by now you have seen the feature lists, videos of the product in action, learned about just what developers are getting out of the deal, and a hundred other things. We are not here to recap all of that, because to be frank we’ve tread that ground already, and want to move on. This article is an argument not about Mango proper, but the potential effect of it on the Windows Phone 7 platform and how it may, or may not influence the mobile line, and therefore a number of other Microsoft products.

If you read TNWmicrosoft like a hawk, you might think that you have heard overtones of the same argument over the past few months, and you would be right. But for this article, we’ve put our heads down, and synthesized our smaller points into a larger thought.

This is our thesis: Mango, and the coming Holiday sales cycle, will determine the success of WP7, and thus the complete future of Zune, and the mobile aspect of  Xbox and nearly every other Microsoft business.

While Mango is no more than a software update, it comes with enough hardware baggage that to call Mango merely a million lines of code is a mistake. Why is this the case? Because with the coming launch of Mango, so too will the second wave of WP7 hardware be released.

Nokia, Microsoft’s new best friend (sorry HTC), is not shipping anything until Mango lands. As Nokia is going all-in on WP7, their willingness to wait for Mango, or perhaps the necessity of that wait, speaks volumes.

Microsoft did announce a number of other new OEMs that will be joining its fledgling coalition, but that is a longer game, and we won’t see much (likely), until Mango. Again, Mango is inextricably linked to hardware.

Another point: Mango is due this year. You can literally bet your final piece of currency that Microsoft plans on having it live for the holiday season. Therefore every single new phone that does come out will hing on Mango being complete, so that the OEMs can push their phones live before the 25th of December, and catch a piece of that lovely commercial pie. It’s crucial that Nokia has access to the biggest spate of consumer discretionary dollars up front to get their WP7 future off with a bang.

If Mango slips, it will quite literally unhinge the hardware plans of every single OEM in the WP7 world, stunting miserably the ability of Windows Phone to move handsets. This will harm carrier relationships, strain user ties, and so forth. If Mango is late, WP7 is up the proverbial stream of excrement.

Mango Is Xbox, And So Forth

If you head back and re-read the thesis of this article, we took note of services that are not distinct to Widows Phone 7: Xbox, Zune, etc. This is because for every WP7 handset that ships, Microsoft boosts its market share in mobile search, mobile and desktop music, console and mobile gaming, mobile productivity software, mobile browser market share, and so forth. WP7 brings people to the world of mobile Microsoft products, and keeps those already in the fold content.

Windows Mobile is toast. Kin is dead. Windows Phone 7 is Microsoft’s only real shot at getting back into the smartphone game, because they can’t take the time or hundreds of millions to have another go.

Therefore, the mobile future of so many Microsoft products rests on Windows Phone. And, as we have pointed out that if Mango slips or raises new problems, Windows Phone is in serious trouble, which therefore endangers the mobile efforts of every product that we have mentioned.

This is doubly true of Zune, which is a music store, and suite of music playing software. As Windows Phone 7 handsets sync with Zune, the more phones that are sold, the more traffic that Zune enjoys. This is a very direct link, but it’s the same relationship that every Microsoft product that has a place on WP7 enjoys, or suffers from, depending on your perspective.

For the sake of argument, let’s just take it as a given for the moment that Mango will land, say in October, and will be immediately followed by the spate of hardware releases that are expected based upon current market knowledge. What happens next?

If you accept the premises and conclusions of this post thus far, you have to admit at this point that every division at Microsoft should be holding their collective breath in expectation of official handset sales numbers from their corporate bosses. In fact, they should be able to track their internal mobile analytics to get a feel for any uptick, but the handsets sold number, if released, will be the gold standard.

How many handsets? It may take Nokia time to get up to speed, so WP7 will have a slight fall back plan if Holiday sales are not excellent, but if the coming new OEMs sell a pittance, they will likely drop support for the platform and cut production.

Microsoft must ship Mango on time, and it must sell.

As with every weekend piece that I put together, this one is starting to drag around the 1000 word mark, so I’m going to move to a final point: Microsoft has to keep WP7 in the press from now until the end of the Holiday season. Mango has thus far picked up positive reviews of its promised feature set, but that must continue or the market is going to forget it overnight and go back to chasing the rapidly releasing Android OS.

How can Microsoft make that happen? By getting early builds of Mango into the hands of developers as quickly as possible, and then by constantly updating what they have shared. Developers like to build things, and the sooner that they have what the public does not have, a working Mango install, they can take their updated dev tool kit and road test new creations, which they will film, drop on YouTube, and hope for media coverage on. This disseminates new, interesting WP7  content around the internet, keeping the platform fresh.

And Microsoft is surely set to keep the ad dollars flowing, but you can’t always buy the publicity that you want.

Your guess is as good as ours provided you have kept close tabs on the mobile sphere. TNWmicrosoft is bullish on Mango and the Nokia partnership, but if it will be too little, too late is a question that is not simple to answer. We want to say that no, that Microsoft can get enough handsets into the market to make WP7 more than a speck in the pool that Android and iOS rule, but there seems to be no silver bullet coming, as even Mango has enough contingencies that its success is far from certain.

And if it pulls a NoDo and has distribution problems, another can worms will be opened.

But Mango is good software, and if it goes off without a hitch, and is followed by a push of competent new hardware, WP7 should get through into 2012 in decent shape. That buys Microsoft another 12 months in the market. But at what point does WP7 stop being ‘not dead,’ and start to thrive?

Read next: Japan recreates the sensation of buttons on a touchscreen phone