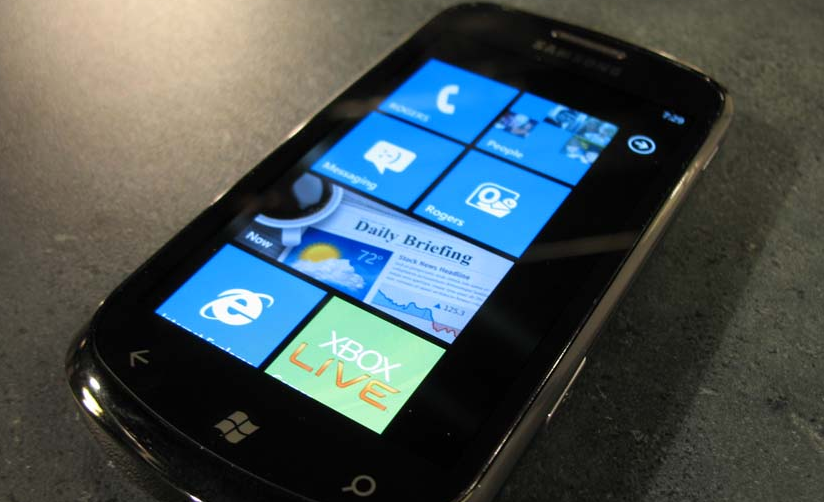 Internet Explorer 9 for Windows Phone 7, an important component of the coming ‘Mango’ update to the platform, is now code complete, Microsoft revealed today.

The company plans to continue to tweak the browser for some time, with an eye on performance. IE9 for WP7 will contain hardware acceleration, as does its bigger brother, Internet Explorer 9 for PC.

At this year’s now past MIX event, Microsoft demoed IE9 on a WP7 handset, right next to iOS and Android devices. With all three phones running at the same time, Microsoft ran each through a browser test of its own creation that showed its offering as by far the fastest. Whether you trust the test or not, Microsoft claims to have made IE9 even faster since that public demonstration.

What users will immediately notice once IE9 is rolled out to the larger world of Windows Phone, is that the browser URL bar has been moved to the bottom of the screen, making for simpler navigation and less thumb-reach, a problem with the build of IE7 that current WP7 handsets carry.

IE9 for PC, when it was released, was a massive upgrade for the desktop version of Internet Explorer. IE9 for Windows Phone will have a similar effect on the mobile line of IE software.

This is due in no small part to the fact that IE7 for Windows Phone is both lackluster in terms of rendering capabilities and speed. An upgrade is needed, making IE9 for the phone line all the more important.

Tomorrow at its Windows Phone 7 event, which TNWmicrosoft will be attending, Microsoft will likely share new details on IE9 for the phone line. Stay tuned.

Read next: Must-have Gmail plugin Rapportive gets a massive upgrade