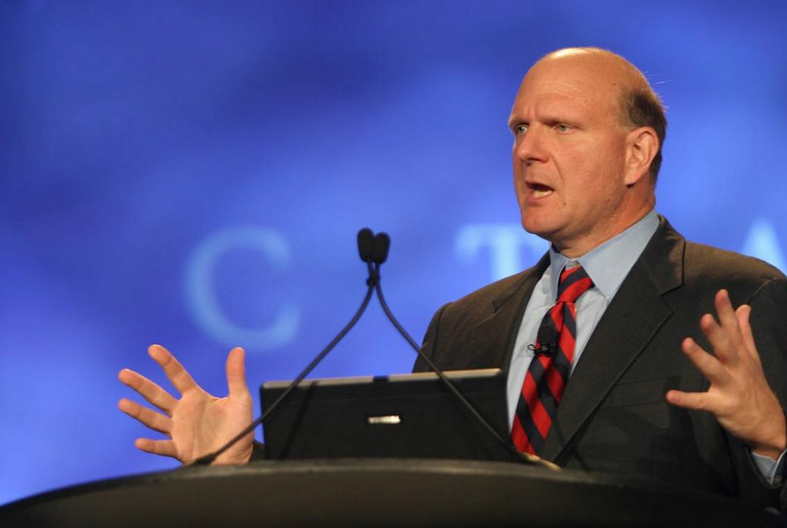 Update: see the bottom of the post for Microsoft’s statement on the matter.

It seems that Microsoft CEO Steven Ballmer might have let the cat out of the Windows 8 bag, if his comments in Tokyo today are not retracted or amended.

He said that Microsoft has its head down, and plans to release next generation Windows PCs next year. He also claimed that Microsoft is working diligently on Windows 8, but that the company is not forgetting Windows 7, which is on track to sell “350 million units this year.”

What follows is the full paragraph of his remarks that references Windows 8:

We’re obviously hard at work on the next version of Windows. Windows 7 PCs will sell over 350 million units this year. We’ve done a lot in Windows 7 to improve customer satisfaction. We have a brand new user interface. We’ve added touch, and ink, and speech. And yet, as we look forward to the next generation of Windows systems, which will come out next year, there’s a whole lot more coming. As we progress through the year, you ought to expect to hear a lot about Windows 8. Windows 8 slates, tablets, PCs, a variety of different form factors.

Mary Jo Foley from ZDNet found the dissection of tablets and slates interesting, saying that “Parsing Ballmer’s words further, it’s interesting he called out Windows 8 slates and tablets as two separate form factors. Last year, Microsoft was pushing Windows Embedded Compact as its slate operating system, designed for devices that were more about consumption than creation….”

But the sticking point in all of this is that Ballmer did not go as far as to say that the “next generation” of Windows systems are explicitly running Windows 8, although he seems to imply it.

At a minimum, it is now certain that Microsoft plans on boosting their information campaign for Windows 8 in the near future, perhaps to start to build developer and consumer excitement. Ballmer went on to praise Internet Explorer 9:

Internet Explorer 9 is the fastest browser around because of the way that we’ve married it to Windows systems and allow essentially full exploitation of the hardware to have the fastest and most beautiful Web on the planet run on Windows systems.

He concluded his remarks by giving the developer world a bear hug:

The relationship with developers is the most fundamental relationship between Microsoft and its customers. You’re it. You write the programs, the applications that really turn on all of our customers to the power of information technology, whether you’re writing for the phone or the Xbox, the PC, or the tablet, your work is the work of our industry. And our No. 1 goal in life is to support the developers, developers, developers here in Japan and across the world.

The rate of Windows 8 leaks has slowed to a crawl following a crack down by Microsoft. Perhaps the company can begin to supplement what we, the technology community, were finding out on our own with some official information in the near future.

“It appears there was a misstatement. We are eagerly awaiting the next generation of Windows 7 hardware that will be available in the coming fiscal year. To date, we have yet to formally announce any timing or naming for the next version of Windows.”