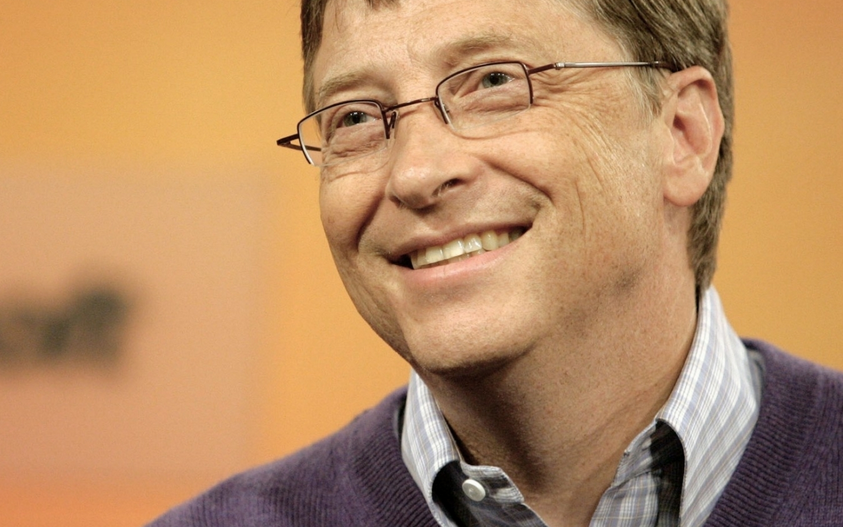 In a video interview with the BBC that TNW has briefly covered before, Microsoft’s Chairman Bill Gates scoffed at Apple’s market valuation that now exceeds Microsoft’s figure.

The question arose in a discussion about the tailoring of devices to specific consumer scenarios. The interviewer said that:

“Well, it [Microsoft] has to [tailor], and right now that market clearly doesn’t believe Microsoft is in the best position to do that. I mean, look at valuations, you know, to relative, since you walked away from day to day management – [the] valuation of Apple, compared to Microsoft, you know, the graph goes like this [makes crossing gesture]. I mean, Apple now dwarfs Microsoft in terms of market valuation.”

To this, Mr. Gates laughed, and then said:

“I wouldn’t say dwarf. [back and forth] Yeah, I think stock prices aren’t really the best gauge. Uh, you know, stock prices can go up and down, so I wouldn’t use that as a gauge. But I would be the first to say, uh, there’s several tech companies including Microsoft, including Apple, including Google, who are doing fascinating work. And the importance of software I think is more evident to people today than it’s ever been.”

Perhaps Gates knows better than most just how a company’s stock can gyrate. At one point in time Microsoft’s stock price was nearly double its current level, its fall thus halving the company’s valuation since its peak in late 1999. Ever since then, Microsoft has been in choppy seas, and even recent product successes have not manged to budge its sticker price.

Then again, if Microsoft can’t move its stock, this exchange could go down in time as Gates not understanding the threat that Apple poses to the software giant. But no one gets it right all the time. Just ask Jobs in 1996 about the Mac line: “If I were running Apple, I would milk the Macintosh for all it’s worth — and get busy on the next great thing. The PC wars are over. Done. Microsoft won a long time ago.”

You can watch a highlight video of the clips below (via WinRumors), and find the whole interview on iPlayer.