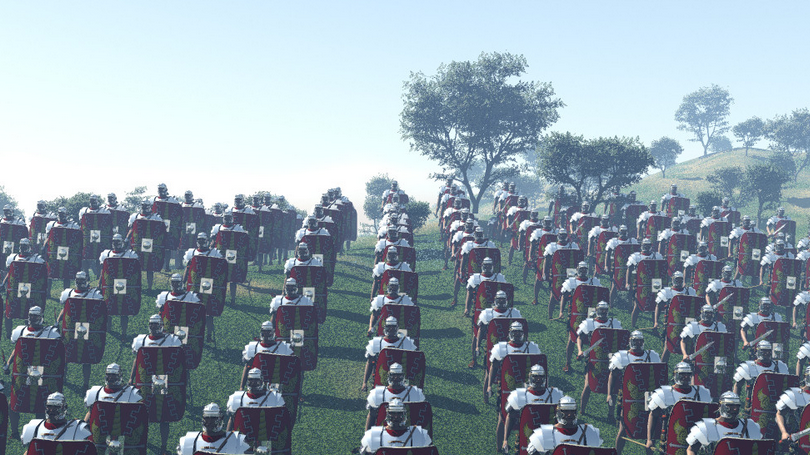 If you ask Chris Taylor, the boss of Gas Powered Games, the development team that is going to see the latest installment of Microsoft’s Age of Empires franchise to market, he’ll tell you that his latest creation’s format represents the future of PC gaming.

Let’s hope not. We don’t cover games much here on TNWmicrosoft, or on TNW at all for that matter, because they don’t often intersect our editorial line. But as Microsoft will be distributing Age of Empires Online itself, and as the game is being developed for the PC only, and for no other platform, we can’t not dig into this issue.

If you missed it, we did a mini-review of Age of Empires Online a few days back, and despite finding the game lacking overall, were specifically annoyed by its design as a freemium product; in other words, to play it will be an experience in nickel and diming.

This is no accident. In an interview with EuroGamer, Mr. Taylor claims that the days of “go[ing] to the store and spend[ing] $50” on a game are over. All games should be, in his view, made free with, as in the case of Age of Empires Online, add-on packs that cost $5 to $15. Microsoft, in a move of pure indecision, will actually make available in stores a boxed, retail version of Age of Empires Online. Yes, a freemium game will be on sale at your local store. How will that work? When you buy the retail version of the game, you are in effect buying several of the add-on packs all at once.

Right, so what is wrong with this? This entire paradigm shift, to online games that seem to require a central hub to run, means that the games are bound to become unsupported in the future, leaving players in the lurch. Yes, you didn’t really buy the game per se, so can you whine if it gets turned off? You only really bought access to a few add-ons.

And this is why I will always prefer to own something than rent it. I don’t want to play a game only at the mercy of the man holding the switch. I don’t even game, to be honest, more than once or twice a month, but actually owning a copy of the game that I decided was worth my time means that I can play it forever, without anyone telling me otherwise, period.

“[The Age of Empires Online] model is coming. It’s here to stay. It’s good on every level,” says Chris Taylor. This coming from the man who took a franchise fresh off of the high point of Age of Empires III, and managed to turn it into a cartoon mockery of itself. If this is the future of PC gaming, count me out. I don’t need everything that was once excellent to be FarmVilled into a freemium experience of upselling. I actually just wanted to build an empire that I could use to beat my friends into owing me a few beers.

Right. I’ll be in the corner playing Age of Empire II, Chris Taylor can have his power ups and keep them.

Read next: Brands will love this: Facebook adds Page tagging to photos