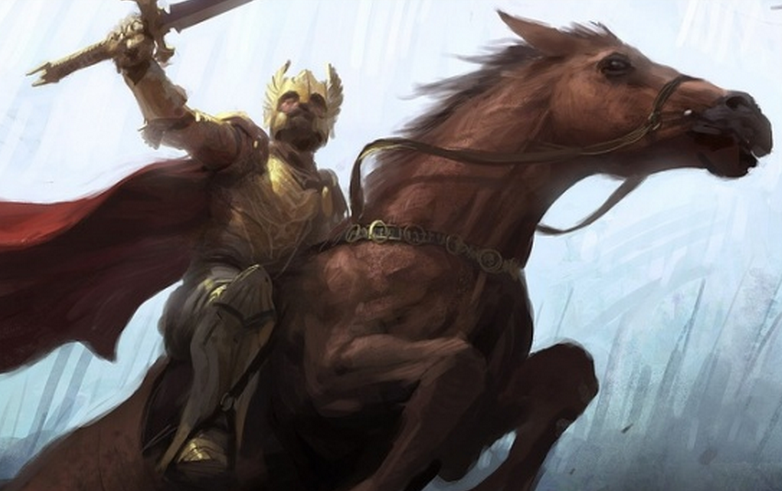 The Age of Empires series of computer games is an iconic chapter in real-time strategy gaming. Microsoft has been the games’ publisher since the first installment, the original Age of Empires, was released in 1997.

In the history of the franchise, over 20 million copies of the games have been sold.

Microsoft is currently prepping the next edition of the series. Called Age of Empires Online (AoEO), and set to release this year, AoEO is perhaps the most audacious version of the franchise’s life. Instead of following the proven formula of incremental changes in historical time and graphics qualities, while maintaining core game structure, as with every previous Age of Empires game, AoEO is part multiplayer online flash game, part real-time strategy cartoon.

The game has been in closed beta for some time. However, today, Microsoft is letting anyone get into the beta until Saturday. The company is obviously looking for an expanded pool of beta testers. When the game is eventually launched, it will be free to play with support for in-game purchases.

If you are so inclined, you can get into the beta here. However, come 2 pm Eastern on Saturday, the door will be shut for the foreseeable future.

As a long time fan of the Age of Empires series, and someone who spent vast swaths of the his childhood learning how to beat friends and the hardest AI available, I am slightly disappointed in what Microsoft has put together, as it goes against the past history of the franchise. Instead of creating a complex, difficult to master, engaging RTS, AoEO is, well, a casual gamer’s watered-down strategy game. That makes my shoulders sag a bit, because I wanted another title in the Age of Empires sequence that is as hard to master as the previous installments.

I don’t like FarmVille style game mechanics, and I certainly don’t want in-game purchases over the ability to buy, and thus own forever, a game. Especially an Age of Empires game.

Alas. But then again, change is the enemy of the purist. I really wanted Age of Empire IV, but Microsoft seems set on delivering to me ‘EmpireVille, the fun place to conquer with friends!’

On a more positive note, the gameplay is decent, and the first few levels of the campaign were well designed. For the mass market gamer, their target audience, this game is going to be piles of fun. For me, the old-fashioned curmudgeon, it’s a complete pass.

Now, I’m going to go play Age of Empires III and call it research, be back later.

Read next: Why the Human is a Social Animal [Report from the 99% Conference]