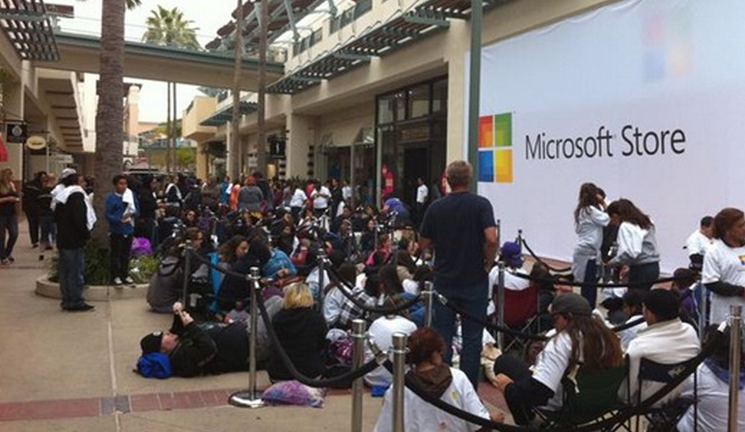 Microsoft is set to open its next two stores in the cities of Los Angeles and Houston. The company has been slowly expanding its physical presence from the West Coast onwards, with new stores opening with increasing distance from its home city of Redmond.

While the stores in LA and Houston are the most recent to be discovered in the pipeline, Microsoft is close to opening a store in Lenox Square Mall in Atlanta. The Georgia location will be by far the most easterly Microsoft store in existence.

The Houston store is set to open “this summer,” according to the company. Microsoft will unveil details of the LA location next week, so for the time being little is known about the location. The following image is of the forthcoming Houston store under construction:

Microsoft’s stores, for the uninitiated, are generally class affairs, with live demonstration units of Surface and Kinect, complimented by arrays of tablets for hand-on experimentation. While they might not match Apple’s stores in terms of ‘cool,’ Microsoft’s stores are a quality experience.

Also, what pop divas will be hired to open the stores? We’ll be updating TNWworthlessentertainment as that news becomes available.

Read next: Playstation Network hacked and user information stolen, here's what you have to do [Updated]