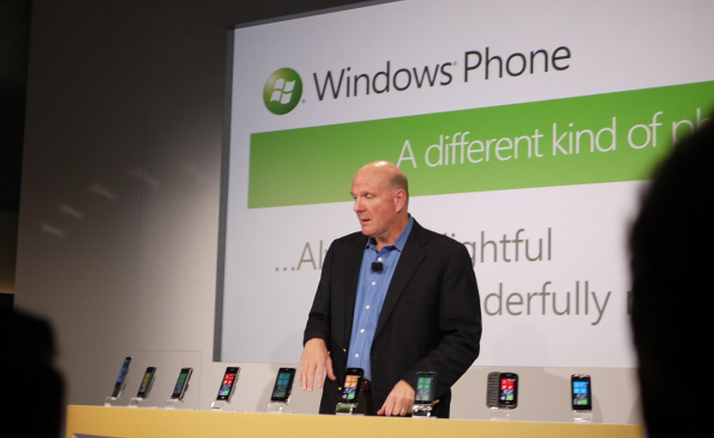 Ever since the untimely demise of the Kin line of phones, Microsoft’s mobile efforts have not been treated with much reverence. In fact, Windows Phone 7 is often viewed by fans of iOS and Android handsets as little more than a distraction.

This view is not without point: Windows Phone 7 (WP7) is still a sliver compared to those larger, more popular, and better established platforms. While that is the case, Microsoft simply cannot give up on WP7. Why not? Because it is very doubtful that the mobile market would allow the company another crack at bat if WP7 fades to black. Windows Phone 7 is already far enough behind other mobile platforms that if Microsoft had to start again, it would never catch up.

Windows Phone 7 is having a hard enough time as it is clawing out a foothold without being even later to the market. That in mind, WP7 is a must-win situation for Microsoft, as the platform will provide a primary method of conveyance for various product lines into the mobile world.

Windows Phone 7, assuming that Microsoft manages to make it succeed, will lead consumers to use Bing, Windows Live, Zune, Xbox, Hotmail, and Facebook (of which Microsoft owns a piece) over rival services that are popular on iOS and Android handsets and in non-mobile environments.

In fact, it could be argued that the popularity of the phone line is less important than its secondary effects, such as the ability to promote other Microsoft services in the mobile, and regular, sphere that desperately need it. Let’s look at a few individually to make the point plain:

The initial crop of Zune hardware and software was weak, but the platform has developed into something downright usable. For the PC user tired of years of iTunes, the Zune media player is a welcome breath of fresh air.

How could Microsoft get hundreds of thousands of new people to try out Zune, people who on the whole are likely to be impressed with it? With Windows Phone 7, which is required to sync and update via the software.

Zune was, if we can be so bold as to guess, dying on the vine before WP7. But now with millions of WP7 handsets in the market Zune is surely undergoing a renaissance. This is likely doubly true in the mobile music space, where Microsoft’s market share has gone from (again we estimate) zero to a single digit percentage point.

If Windows Phone 7 succeeds and grows, Zune will follow. But without WP7 to bring in fresh blood from iTunes, Zune is likely to stagnate again.

Before Bing, Microsoft’s mobile search share was minimal at best. While the desktop product is performing well, the mobile product is little more than a gimmicky app on the iOS platform. If Microsoft is going to own a significant portion of the mobile search market it has to either buy its way into becoming the default search provider on the iPhone (not going to happen), or Microsoft has to build its own mobile line and bake Bing into it.

Again, we find that if WP7 succeeds and sells millions upon millions of handsets, another side of the Microsoft empire, Bing, benefits greatly.

We could continue down the list, but you can see where the argument is leading. Windows Phone 7 is Microsoft’s chance to own a serious portion of the mobile market, and with it the ability to push its products that are either languishing in the mobile world or could use a shot in the arm in the desktop environment.

This is why Microsoft, with its famed long-term planning, has no problem dumping truckloads of cash into the WP7 project and its future; if it fails Microsoft will lose a decade in the digital world. If WP7 does not survive, a dark cloud will fall onto every single consumer oriented Microsoft product that involves content or mobile communication.