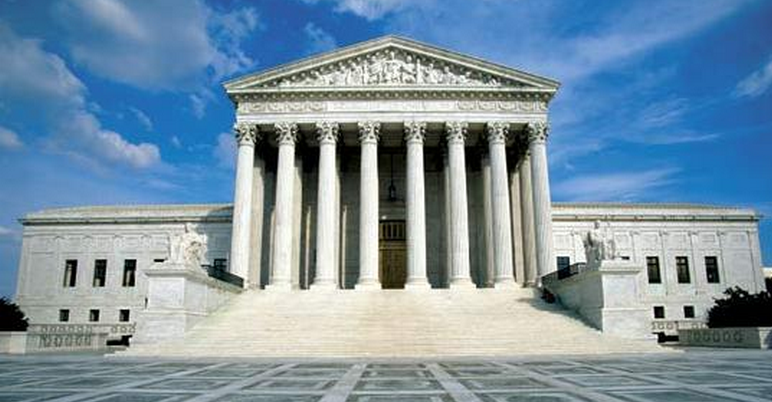 Microsoft called on the US Supreme Court today to change the way patent validity is determined. The case in question is a long running dispute between Microsoft and i4i, a small Canadian software company.

To summarize the genesis of the case, i4i sued Microsoft over patent infringement stemming from XML related algorithm abuse. To be clear, i4i is not a patent troll by any means. i4i was awarded some $290 million dollars in damages from Microsoft by a court, a verdict that was upheld.

From our previous coverage, the case has felt somewhat cut and dry from the beginning:

It does appear that Microsoft is in the wrong here, and is trying to get away from that. What could this cost? A few hundred million. That’s hardly something to get that riled up over, when you have that 50 times over in the bank.

Microsoft does not agree. Its petition to the Supreme Court today, in opening oral arguments, was over the amount of evidence that must be presented to demonstrate that a patent is invalid. Current legal precedent demands that “clear and convincing” evidence be shown, not a “preponderance of evidence,” as is usually required by in civil cases.

Microsoft’s contention therefore is that, as it has shown a good deal, and perhaps a majority of evidence in its favor, that the i4i patent should be deemed invalid. With the lower requirement for evidentiary turn over that it claims to be fair in place, the patent would be deemed legally invalid, thus overturning Microsoft’s infringement of it, and thus alleviating the need for the company to pay the $290 million fine.

Microsoft’s position has been supported by companies such as Google, Zynga, and LinkedIn.

According to Reuters, several Supreme Court justices cited that certain prior precedent from 1934 could damage Microsoft’s position in their initial remarks. At the same time, Justice Stephen Breyer wondered if current rules protect both weak and strong patents too much the same, thus making it difficult to “separate the sheep from the goats.”

A ruling is expected in June. We will monitor the situation and cover all developments.