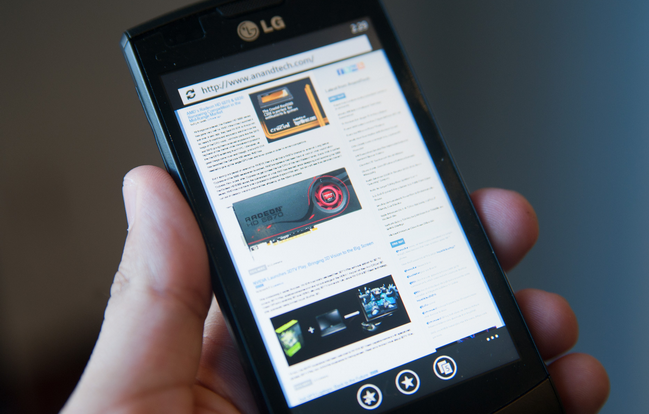 We did the deed of tracking down the man from Microsoft who was showing off Internet Explorer 9 Mobile at SXSW, and shot video of his demonstration.

What did he show us? Mostly what was covered at the Mobile World Congress, but it was refreshing to see a handset, in the grip of a man simply walking about, doing what was previously done on a stage.

The largest cosmetic difference between IE7 Mobile and IE9 Mobile, aside from what should be a sharp rise in rendering quality, is that the address bar will be located on bottom of the browser instead of at the top, moving it close to the thumbs of the user. IE9 Mobile is expected to be released late this year, as part of the Windows Phone 7 ‘Mango’ update. Mango is rumored to be a large enough bump to the smartphone lineup that it will prompt a number change to Windows Phone 7.5.

Watch on if you want to see every bit of IE9 Mobile that Microsoft is willing to show off:

Read next: In Defense of Digg and Internet Evolution