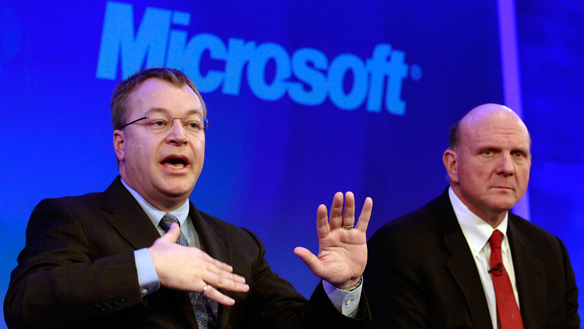 Nokia CEO Stephen Elop has confirmed that the Finnish mobile giant is already working on developing its first Windows Phone 7-powered smartphones, adding that he expects the first models to go on sale in the first quarter of 2012.

“We’re right now, today, having people work on the first Windows Phone devices from Nokia. That work is already under way. If this was an acquisition scenario, that wouldn’t be possible.”

Nokia’s partnership with Microsoft, announced in February, saw the mobile manufacturer commit to making the Windows Phone 7 platform its “primary operating system”. Confirming the partnership on stage with Steve Ballmer, Elop put an end to rumours that the company would link with Google to develop Android-powered smartphones.

Speculation that Microsoft might try to buy Nokia was also addressed, with Elop stating that Microsoft would unlikely be interested in the “rest of the business”. He said the partnership had “been formed around what they’re really interested in”, going on to suggest that an acquisition would bring “a good year of anti-trust investigation, huge turmoil [and]delays”.

Elop says the the deal between Nokia and Microsoft has yet to be finalised but is likely be wrapped up within the next couple of months.

Nokia intends to continue to develop Symbian devices but will target its new Windows Phone 7 devices at the North American market, a region it has under-performed in for a number of years.

Read next: This Hug Chair was built for PDA (or your loving laptop)