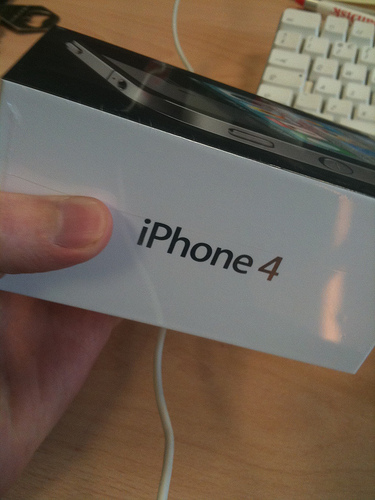 On January 26th Microsoft announced that it had sold 2 million Windows Phone 7 handsets. On the 20th of January TNW predicted that 2 million handsets had been sold, less than a week before the formal announcement.

By using the same mathematical algorithm, which was uncannily accurate the first time, we can estimate the current Windows Phone 7 sales volume, and by doing so shed light on the state of the Windows Phone 7 ecosystem.

To refresh, by using the ratio of active users of the official Facebook application for Windows Phone 7 compared to official handset sales numbers on the same dates we can determine a ratio that can be used to estimate total unit sales. The ratio that we discovered in January, that estimated WP7 handset sales within 2% of actual numbers, is 6.756 handsets sold per active user of the WP7 Facebook application.

The Facebook application for Windows Phone 7 just passed the half million user mark, with some 504,972 monthly active users. Employing our ratio, 6.756:1, and the number of Facebook current users, we can estimate that there are 3,378,000 total sold WP7 handsets.

Assuming that Microsoft sold its 2 millionth handset on the 26th of January, the day it announced the number, then it has been 44 days since that last sales count was released. According to our estimate, subtracting the previous 2 million, 1,378,000 handsets have been sold in the last 44 days, or 31,318 a day. With just 28 days in February that implies that Microsoft moved 877,000 handsets in the month, a number that is far higher than we had anticipated.

How accurate do we feel this estimate is? We are always conservatively optimistic of our estimates, but since in this case we are using the same method we employed before that was so near perfectly correct, we are more confident than usual.

Read next: Dealery: Daily deals aggregation and now its own #winning products too