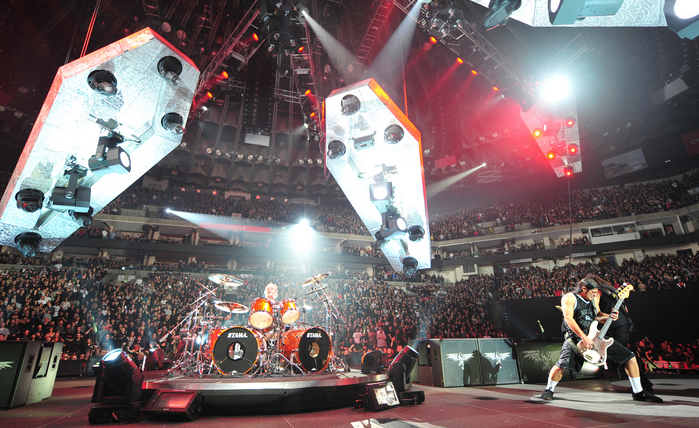 If you live and die by your music collection, you understand how horrible it would be to lose half of your precious tracks. That recently happened to me. After nearly a dozen attempts to restore my full library of tunes from Mozy, I had to accept that fact that half were never coming down from the cloud.

Yes, I did cancel my Mozy subscription over the matter. Still, I was resolute to not be beaten down by luck, and I instead decided to try a subscription service to replace all my lost music.

If you continue to read this article, I will assume that you listen to at least eight hours of music a day. If not, you probably don’t really mind the idea of moving from a situation in which you own all your music, period (unless you have to reset your OS and your backup fails, alas), to a system in which you are in a way ‘renting’ tunes. And that’s fine, but this article is probably not for you.

Days after my surrender to Mozy, while I was still in a metaphysical hangover over the matter, Groovesharking to get by, Microsoft asked if I had played with the Zune Pass, and offered to let me try it for a month. I had previously used a trial of the service back when Zune was literally brand new, and even tried to sign up for it after the demo expired, but the service had a weak collection back then and would not accept my credit card even when I tried to give it money.

I was intrigued, now several years later, about how far the service had progressed. And with around 15,000 songs now missing from my collection, I figured it was worth a shot.

To make things more fun, I pulled my surviving 15,000 songs out of Zune media player, leaving only the three songs that come with Windows 7. Oddly enough, I have never listened to them. I logged into my Zune account, which is linked to my Live account, and went to the Zune Marketplace to download albums. This is what I had left when I started to rebuild:

To make the test interesting, I went into my Zune account  (I’ve been using the Zune desktop software forever as iTunes is trash), and looked up every one of my most played artists and albums. I’m slightly proud that I have racked up over 50,000 plays on Zune. It is too bad I can’t aggregate all my musical plays from iTunes, iPhone, iPad, Zune, Grooveshark, and Pandora into a single list, but I digress. While working on other stories, I ran through each artist that I had played extensively as tracked by Zune and downloaded every album in their discography that I could, which amounted to around 7,000 songs.

This is what a snapshot of my current library, in the process of downloading what I have commanded:

The actual process of going to each album and downloading it was simple, and without problems. Of course, as with every all-you-can-eat music service the real question is not how easy is it to download the music, but how much music is there to download, so let’s get into the matter.

How good is the content selection? You can’t download Metallica with your Zune Pass, you have to buy it. Also, you can’t download the ‘Once’ album by Nightwish. Also, an album is missing from the Within Temptation discography. Those were the things that I noticed while ripping music from the Internet at light speed. My simple solution is that I have most of the stuff missing from Zune Pass in my recovered music collection, luckily, so I am going to merely replace the holes.

However, despite some gaps, I was impressed at how far the Zune marketplace has come. You are able to download fresh singles that are just out with your Pass instead of having to buy them, as I had anticipated. Also, the Zune collection seems to be much deeper than before. The musical Les Miserables has a wonderful album of its songs that its first Broadway cast recorded. If you love the musical, it is the only recording to own. Zune had it to my surprise, so I clicked ‘Download’ and it was so.

Perfect content? No, especially if you are, as I said, a musical fanatic. It is simple to patch holes with your personal collection, if you wanted to use the Zune Pass to extend your library, not rebuild it. If you lost everything, Zune Pass would be a 95% solution.

The Zune Pass, I had forgotten, has a neat feature called “Keep 10” that helps to assuage an obvious problem: with Zune Pass, you pay a set fee a month to download and listen to music; you don’t ‘own’ those tracks, you merely have access to them. That is a paradigm shift that is very odd if you have never thought of your music as not ‘yours.’ The Keep 10 system is part of the Zune Pass, and it works like this: as part of your $14.99 a month Zune Pass fee, you get 10 free mp3s to keep forever. Essentially, part of your monthly fee goes to 10 song purchases. You do of course get to pick which ten you want to keep.

Problems remain. What if, after being a loyal Zune Pass member for a year, and building up a massive and perfect musical library, Microsoft pulls the plug on the service, killing your handcrafted collection? This is my main concern with the Zune Pass. I love the software (I’ve praised it in the past), and I love the collection, the fast downloading, and its ease of use, but I’m worried about its future.

Microsoft does not have a clean record with music. PlaysForSure was a debacle. If I going to invest my time and money into using Zune Pass, I want to be sure that it won’t go to waste.

Microsoft, we the users call upon you to make a 10 year commitment to support the Zune Pass no matter what. We’ll take that in writing, if you don’t mind.

Of course, as I am currently funking about with a Windows Phone 7 handset, there are obvious crossovers, but I won’t bother with those as the mobile line is not large enough to dedicate real space to in a music service review.

While I have been writing this post, at light speed so that I don’t forget anything that I want to say, another 1,000 or so tracks have landed in Zune. I have 4,000 queued up for download. Provided, my internet is very fast by American standards, but still, that is not too shabby.

Zune Pass makes a good first impression, and as someone who lives to a constant soundtrack, I can see myself using it. All I need to pull the trigger is a promise of long-term support from its Redmond daddy, and I am sold.

Of course, Microsoft is handing out two-week trials like candy, so if you want to give it a whirl, you can.

Finally, a short aside on content. One of my best friends in Chicago is an avid Rhapsody user, and after extensive comparing of content available on that service and what the Zune Pass offers, we found general parity. There were a few obscure Jazz albums that Zune did not carry, but that was it. In short, if you are looking for the most content for your subscription buck, Zune Pass is near the top.

I like the Zune Pass and intend on using it for my full trial. At the end, I’ll have to make the decision of if I want to stay with it. After how content I am on day one, I suspect that they have a new customer. Now it’s your turn: in the comments sound off about which music service is your favorite, and why.

Read next: How obsessed are we with Facebook? This video tells all.