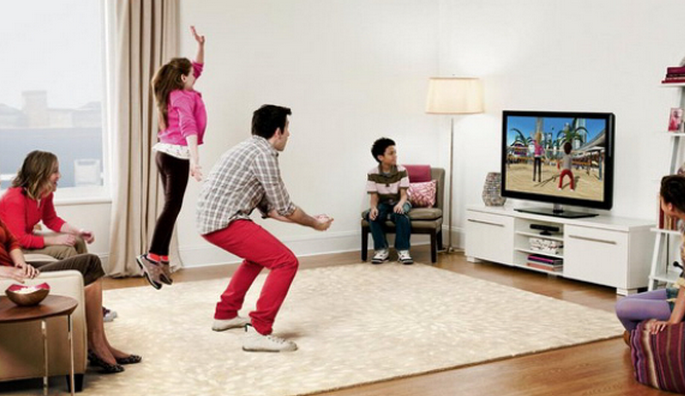 Earlier this week rumors swirled that after a somewhat troubled life, the Zune brand was going to be axed and the product diffused into the set of services at Microsoft run by the Live team. I verbally fought against such an action.

In due course, and due of course to my coarse calls, the Zune team came out and explained that no, they were not being shut and shuffled. Everyone who uses Microsoft products breathed a sight of relief.

Zune, while not hugely popular, is a strong software and content line that does not need to be ‘helped’ by the Live division. You don’t want to mess up a good thing, and you certainly don’t want the guys who designed the current version of Hotmail anywhere near your UI/UX decisions.

But let’s think outside the box. During the entire ‘Zune is dying’ fiasco, discussion cropped up that Zune might end up being rebranded under the Xbox moniker. ZDnet postulated that perhaps:

“Microsoft may opt to rebrand Zune as “Xbox entertainment,” rather than anything to do with Windows Live. After all, the Zune service already is available on the Xbox. And the rumored Zune HD2 — supposedly a device meant to compete with the iPod Touch — easily could be positioned and marketed as a portable gaming device.”

I initially disliked such an idea. Zune is for music, and Xbox is for games went my reasoning, and to combine the two would be a muddling of two strong brands. However, there is more background noise that Microsoft might be up to some serious moves in the living room, so we may yet see action.

I may have been too quick to judge against the Zune/Xbox fusion, let’s get into why.

Zune, as we mentioned, is not as popular as it could be; its usage does not match its capabilities. Why is that? Because the word ‘Zune’ is dirty. It is associated, at every turn, with failure. Ask anyone about Zune, and this is what they will say: “Zune? That Microsoft music thing that sucked?”

Brand image and strength are important things for a platform, and for Zune both are a problem. Now, as you well know Zune is already present on the Xbox. If you don’t know what that integration looks like, you can watch a short demonstration here. Zune + Xbox is already out in the wild, and works like a charm. If you like how the Zune/Windows Phone 7 user interfaces work, you will both enjoy and ‘get’ the Xbox integration. Heck, you can even Zune on your Xbox with Kinect. Oh my.

Back to topic, Zune has prime, fat, beach-front real estate on the Xbox. It has a way into millions upon million of living rooms. It has what Apple is trying so desperately to gain with the Apple TV (that still no one wants), a spot next to and inside of the televisions of digitally connected households. And it doesn’t even have to try, the Xbox sells itself and bring Zune along with it.

Now we come to the hard part. Sometimes to grow you have to do hard things, things that sting. Zune is a great music service with a terrible brand. Xbox, and Xbox live, are strong brands that don’t do music well sans Zune. The logical thing to do is to totally rebrand Zune into the Xbox brand, keeping all the pieces as they are, but scrubbing the bad mouth-taste of the Zune brand’s history.

The worst part of this would be the renaming of the Zune desktop music client to Xbox Music, but it would be worth it. Why? Because it would further link Zune into the world of Xbox Live, helping millions of Xbox Live users jump into the world of Zune, by whatever name. Zune would then sell itself simply due to its high functionality, without the weight of its name dragging it down. It would lead, in my humble estimation, to a huge leap in content sales through Zune, and would bolster the Xbox Live + WP7 partnership. It’s a win, win, win. Color me converted.

That is why I titled this post “why Zune’s future might be brighter than ever,” but I left out the final few words: “just don’t call it Zune.”

I’m not a big console fan, but if Microsoft is truly contemplating tinkering with the Zune brand, then there is only one place for it to go: down the Xbox rabbit hole.

Read next: Spotify is one step closer to a US launch with rumors of EMI agreement