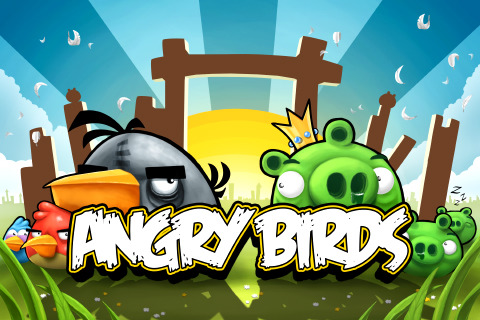 Back in November, Microsoft got into a bit of a mix-up when it displayed the icon of Angry Birds on its website. Rovio tweeted about it, saying they have not committed to doing a Windows Phone 7 release, and that the icon was placed without permission. If you’re bummed out by this, then we have great news for you: Looks like the world’s favorite game is coming to Windows Phone 7 after all. We reported months ago that Rovio were unlikely to release the game for WP7 in 2010, but hey they did tell one of our editors “Never say never,” which kept us hoping. 3 months later, in a report from Pocket-lint, Rovio’s Peter Vesterbacka said “We’re working on it,” referring their smash-hit game, Angry Birds. Microsoft’s legal team has been holding up a potential deal according to Vesterbacka.

Rovio didn’t confirm an exact release date but it’s likely that the game won’t come until the “Mango” update of Windows Phone 7, which will contain IE9, full multitasking, SkyDrive integration, and Twitter support in the ‘People’ hub. Looks like we’re going to have to wait some more as this update isn’ expected to roll out until later this year, maybe just in time for the “online and social” Angry birds we’ve been hearing about.

Read next: Silicon Valley Uncovered: Park Circa -make money from your parking space when you're not using it