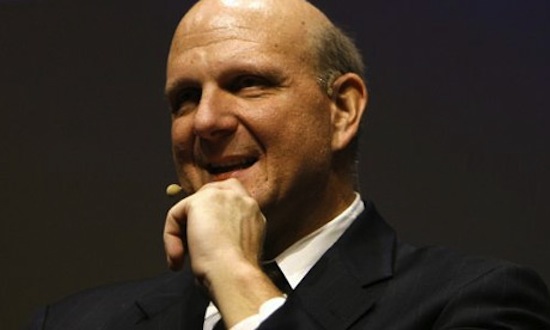 According to a Business Week report, two people, who wish to remain unnamed, said that changes might be announced as early as this month. Since May last year, four top executives have already left the company.

Last month, Ballmer pushed out server division president and 23-year company veteran Bob Muglia, saying the company needed new leadership that could focus on areas such as cloud software. His replacement will most likely be an executive who knows how to combine server software with Web-based services.

Shuffling the management team would let Ballmer re-exert his influence amid mounting criticism from investors, the people said. Microsoft’s stock price barely moved over the past year, compared to an 80 percent gain at Apple and 16 percent at Google. This move is Microsoft’s bid to catch up with rivals Apple and Google in Web services, smartphones and tablet computers, while suppressing criticism from the board and investors.

Microsoft’s board has voiced concerns about Ballmer’s leadership, citing the company’s unsatisfactory performance in mobile phones and new types of computing devices, according to a September regulatory filing. With the rise of mobile phones and tablet computers, the Windows operating system for personal-computers is susceptible to taking a huge revenue hit.