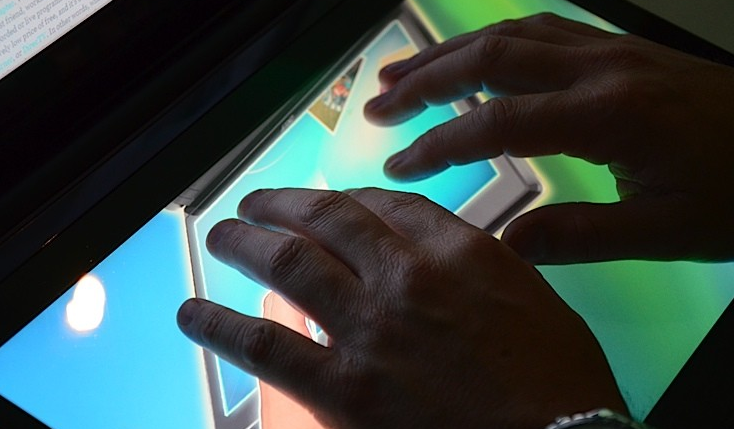 If you watched Ballmer’s keynote at this past CES, you were probably surprised to see a laptop that had a second screen where its keyboard should have been. That laptop, called the Acer Iconia, has two screens and no physical buttons for user interaction.

Late last week I got the chance to put one through its paces, and was surprised at how functional it was for a prototype. The laptop sports two fully multi-touch 14″ screens made of Gorilla glass (read: hard to break), forming a computer that is a touch thicker that what are we are accustomed to, and a feather heavier.

I was not on the ball enough to take pictures while testing, so here are two from Engadget in case you don’t know exactly what we are talking about:

How do you type on it? By pressing either two palms, or ten fingers onto the lower screen, which brings up a full keyboard and touchpad. It looked pretty, but I didn’t trust the bugger; I tested its typing prowess with little less than sheer skepticism.

If I was handing out a typing grade, I would give the laptop a B+, a very high score since I had never used that exact keyboard layout before (all keyboards are slightly different). Sure, it’s a trip to not have keys to actually press down, but once you get past that, it’s not hard to use.

Aside from the usual tics that you find in pre-release hardware, my only complaint about the laptop was that its (virtual) touch-pad was impossible to customize. I needed much more mouse acceleration, but the computer would not let me change that setting. A USB mouse would solve the problem, but defeat the purpose of having all inputs go in through touch.

The bottom screen also supports gestures, but their input requires a menu to be opened making them less useful than they could be. Of course, you can program your own gestures to ensure that the device fits you. If you draw an infinity symbol on the specific laptop that I used, it will load TheNextWeb.com in the browser.

That is all well and dandy, we all know prototypes are always fun to play with, but what is particularly exciting is that the Acer Iconia is not just an idea for show and tell. According to Ray Sawall from Acer, the Iconia is coming to the market.

If his ballpark numbers hold correct, the laptop will cost “around a little north or south of one thousand dollars” when it goes on sale. Even better, the gadget will be out in the “March and April timeframe,” meaning that in no more than two months we are going to have this bad-boy fully finished and in the market.

To wrap up this mini-review and note sheet, the Iconia has a Core i5 processor, 4 gigabytes of RAM, 500 gigabytes of hard drive space, and “discrete graphics.”

Yeah, we want one too.

Read next: A Free Day of Javascript on Mobile at Google HQ