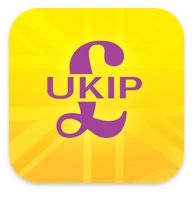 The great Microsoft led patent purchase is back on, and it’s nearly as if nothing has changed.

There was a very confused news story that made the rounds a week ago that claimed that the Microsoft headed consortium called CPTN Holding was not going to buy hundreds of millions of dollars in Novell patents, surprising industry insiders.

We dug around and called shenanigans nearly right away, and have now been vindicated. Microsoft and the rest of its CPTN Holdings crew are back at the buying table. A new filing with the SEC from January 14th shows that CPTN Holdings will be buying more than 800 patents that relate to management, security, and identity and collaboration.

The total number of patents to be purchased has changed slightly. The original tally of 882 patents has declined to 861 following the discovery that some of what were thought to be patents were actually expired patent applications. CPTN Holdings will, provided that the sale does finally occur, buy 861 patents and 20 lapsed applications.

The difference between the first number of 882 entities and the final 881 entities is one patent being previously double counted. According to reporting on ZDNet, the EU government officials in charge of antitrust are not worried about the sale.

What comes next? It could be that CPTN Holdings actually manages to pull the trigger on the purchase, creating a very odd situation wherein a group of the most bitter technology rivals have a bag of goodies to share and distribute as they see fit. Who else wants to bet it won’t end well?

Read next: Apple's quarterly earnings report: It's all about mobile