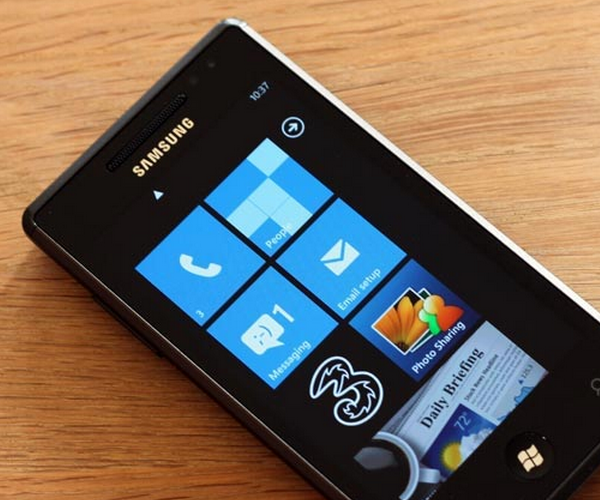 Microsoft confirmed recently that its brand new phone line, Windows Phone 7, will be coming to Verizon and Sprint in the first half of this year. This move by the Redmond behemoth was both long expected and extensively leaked.

However, until this morning we were unsure as to which WP7 handsets were to be sold in CDMA form, or if new phones were to be released. We are unsure as to the potential of new hardware, but we do now know which handsets will be up for purchase first: The Samsung Omnia 7 and the HTC Mozart.

While neither phone is a bestseller among the current WP7 lineup (that title belongs to the Samsung Focus and Dell Venue Pro), each is a strong offering. As of the time of writing, which phone is heading to which network is unknown. It could be that both phones will be available on both carriers.

When our friends at Engadget reviewed the the Omnia 7, they called it “a brilliant multimedia device.”  It contains 8 gigabytes of internal storage and a 1 gigahertz processor to run its 4 inch screen.

The HTC Mozart was also praised by Engadget, although the technology blog did pan the phone’s camera calling it ‘shoddy.’ The phone also employs a 1 gigahertz processor, but has a slightly smaller screen.

With no more than 6 months until the phones go on sale, is it enough to keep Microsoft’s mobile dreams alive?