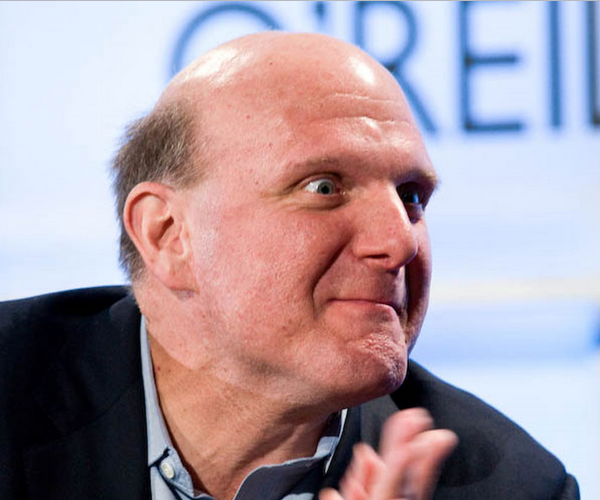 Today is a Microsoft day, and in keeping with that we have new Windows 8 rumors that come from (and have been corroborated by) the best in the world of Microsoft leaks.

Windows 8 is set to be demoed in some form tonight by Ballmer during his CES keynote, and just what he may show off is the parlor game du jour across the world of technology.

According to Paul Thurrott, Windows 8 development has two code names under progress that, if real, should make the eighth version of the OS radically different from previous incarnations.

According to Paul, Mosh is a “new tile-based user interface.” We don’t want to sound coy, but that smacks heavily of Windows Phone 7. Could it be that the mobile/touch version or feature set of Windows 8 is similar to what Microsoft is putting together with WP7?

Mary-Jo Foley has found “some credence to the idea that “Mosh” is real” in her own digging, adding to its likely existence. From our perspective, we can’t imagine this tile based interface being designed for desktop use, and so it should be for slate interfaces, period. Given that Ballmer is supposed to show off a bundle of tablets tonight at CES, we just might see a hint of this.

Just how it will differ from the current WP7 tiles is anyone’s guess.

Jupiter is something that is a bit farther out than Mosh. Paul describes it as follows:

There is a lot to digest in there, but in short Microsoft is working to change the way that applications are both developed and sold. Whether the company will take a fat cut like Apple remains to be seen.

That these apps will be ‘immersive’ is hard to put a finger on in terms of what it could mean. It could be that the apps work across various platforms at once (WP7, Windows, Xbox), or that the apps do have that 3D element that we keep hearing about.

We don’t know. But with the quality of source in mind, this is the best information that we have received in months on Windows 8. Let’s hope the leakers keep leaking.

Read next: Why isn’t text messaging on iPhones awesome?