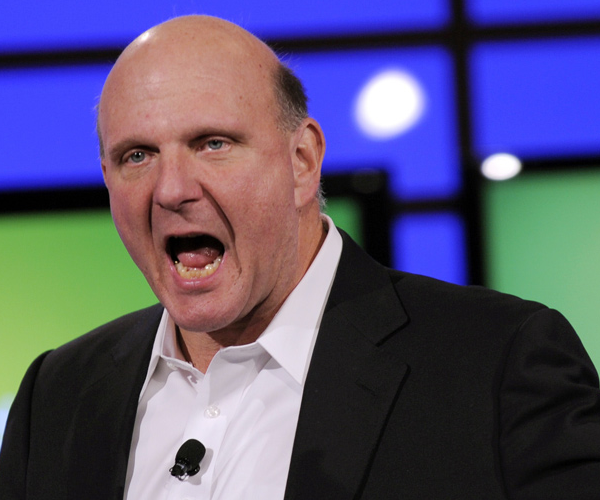 It has been a crazy week here on TNWmicrosoft, pushing us to Friday before we were really done with Tuesday. You know what that means, right? It’s time to take a look back at the last seven days and trace out all the biggest and best stories that kept us laughing and tweeting all week.

We’ll say this one last time: this is a weekly post that we will do for the foreseeable future, so we want your input. If you want to see something different, changed, tweaked, or added to this post, let us know in the comments or by email [[email protected]]. That aside, let’s get into it.

Everyone Is Angry Over A Lack Of Angry Birds

When we brought out the news that Angry Birds was not going to be coming to WP7 this calendar year, we assumed that a few people would care, that it would not become a major story. We were wrong.

People flocked to the post and complained bitterly on Twitter. One individual even claimed that he was not going to buy a WP7 handset over the issue. That is some serious dedication. Will the app eventually hit the marketplace? Of course, it is just a question of when. Microsoft’s phone line was jailbroken this week, and the company was not exactly excited about it. However, after some initial posturing, Redmond came around and reached out to the hacking developers, offering them a chance to work together to promote homebrew on the phones.

We loved the sentiment and the action, saying:

Points to Microsoft for letting people tinker, which brings us to our next point…

The Kinect Just Keeps Killing It

Microsoft sold 2.5 million Kinects in just 25 days they told the world on the 30th, plush with pride. That means that every since the launch of the device, Microsoft has been moving around 100,000 units each and every day.

Forget the boring numbers though, take a look at two Kinects working together to produce real time 3D images. Admit it, you are impressed!

Let’s see, “The first Windows Phone 7 update will be minuscule, not massive,” “Good news: The Dell Venue Pro is here in only a week, and for just $99,” “It’s true: No Windows Phone 7 developer payouts from Microsoft until February,” “This is by far the best way to search for Windows Phone 7 apps,” and “HTC: We won’t know if Windows Phone 7 is a success until 2011.” The Xbox is most likely going to receive a new television service via Microsoft that sounds awfully scary if your name is Apple TV. Or so we here at TNWmicrosoft think. This is why:

We won’t reiterate all our arguments here, but let it suffice to say that if Microsoft does roll out a subscription TV option for Xbox 360 owners, the Apple TV should go right back to what it was before: a hobby for Apple.

The Silverlight wars burn on and on, but this week Microsoft has finally managed to get ahead of the news cycle. The company rolled out its plans for Silverlight 5 in all its glory, something that was sure to assuage the most ruffled feathers in the Silverlight development community.

We took a few hours and dug through all the information on the topic, and all the past history around the controversy, and came up with what we think is the proper road map for Silverlight 5 inside of the world of Microsoft.

We could go on, but we won’t. Be sure to follow us on Twitter to stay up to date at all times. Right, see you all soon.