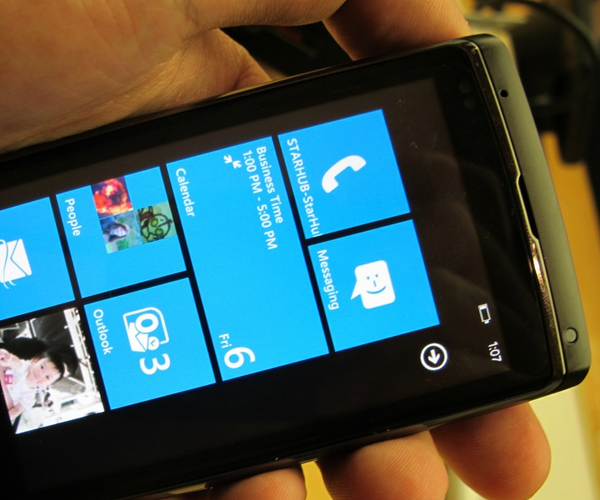 Everyone in the world of technology has at least one eye on Microsoft’s latest efforts in the mobile space. The Redmond giant is determined to get back into the phone-game, and that means that there is a massive potential for market disruption in the next year.

After some initial hype as to just what Microsoft was going to include in their first major update for Windows Phone 7, a bucket of cold water has been dumped upon the heads of the hopeful.

The hype seemed to begin when popular Windows Phone 7 guru @ChrisWalshie had this to say (as compiled by WPCentral):

Great stuff, right? Big fat updates that will bring the new platform to complete feature parity with iOS and Android in a single quarter? Such an amazing upgrade that it should be called Windows Phone 8? As a writer focused on Microsoft, can I say yes please any louder?

As it turns out, sources that we trust a wee touch more have heard very different things, and we are inclined to believe them. Ina Fried said this just a few hours ago:

…let me assure you that the forthcoming update to Windows Phone 7 is neither “massive” nor an iPhone killer, despite some reports to the contrary.

The software update, which could come as early as January, will add two things that are very important for Microsoft… the update will pave the way for Windows Phone 7 devices that work on Sprint and Verizon’s networks…The second key feature is copy and paste.

There you have it, carrier support and copy/paste. Two nice things, but nothing that calls for the story that Walshie is pushing. Either he knows something that has slipped by Ina (not likely), or he is having us all on. Time will tell, but you know where our money is.