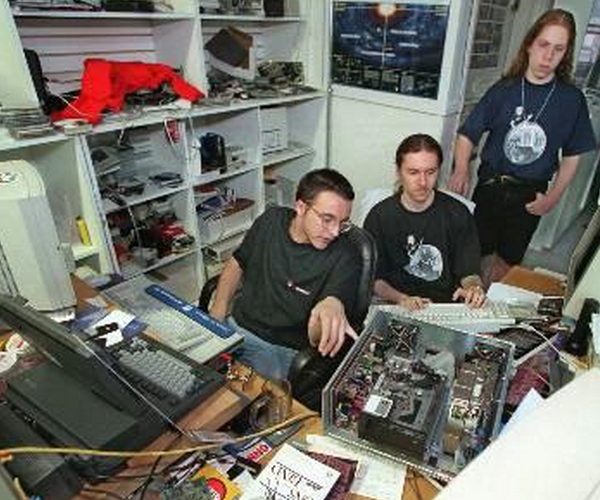 When the Kinect came out around the world, excited hackers took to the high-powered gadget with glee, taking it apart, and recoding it to new purposes. Microsoft initially registered unhappiness with their work which it later fully recanted, coming out in favor of tinkering with the Kinect.

A similar cycle seems to have taken place with Windows Phone 7. When the ‘unlocking’ tool ChevronWP7 took to the internet, Microsoft condemned it, warning people that it could brick their phones. Then today the company reached out to the team behind ChevronWP7 and proffered a hand of peace, offering a chance to work together on the future of homebrew for the platform.

Earlier today, we were contacted by Brandon Watson, Director of Developer Experience for Windows Phone 7, to discuss the ChevronWP7 unlocking tool.

Through this discussion, we established a mutual understanding of our intent to enable homebrew opportunities and to open the Windows Phone 7 platform for broader access to developers and users.

To pursue these goals with Microsoft’s support, Brandon Watson has agreed to engage in further discussions with us about officially facilitating homebrew development on WP7. To fast-track discussions, we are discontinuing the unlocking tool effective immediately.

This has led some smart, well positioned people inside of Microsoft to, instead of combating the situation with a knee-jerk reaction, tactfully let people break some of their house rules and open their gadgets. There are real people inside of the borg after all, and it seems like they are making smart decisions that will support all their hard work.

Addendum: Reddit has an extensive discussion on the WP7 matter, and the top comment is very relevent to our discussion. We quote, from the user ‘estacado:’

It’s the only way for wp7 to gain ground against android and iPhone. Make it hacker-friendly, combined with easy to use development tools, and developers will throng to the platform. And the fact that developers don’t have to cater for a wide variety of hardware options is an advantage wp7 has over android.