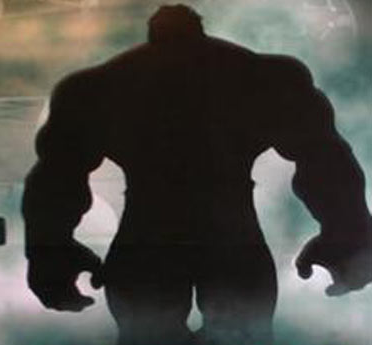 It seems like everyday we have a new reason to get ourselves over to our local Best Buy to pick up a Kinect. Gaming (and injuring ourselves in the process) aside, the seemingly endless things that you can hack a Kinect into doing are certainly making it one of the most exciting pieces of new technology this year.

We’ve previously reported on a contest to hack the Kinect, which has already possibly sold 1.3 million units (and is selling 100,000 per day) and we’ve also seem a lot of hoopla over the launch of the Kinect, including a massive dance party in Germany.

Just now, however, we saw the video below, and all we have to say is NASA needs to get a hold of like a 1,000 Kinects and Roomba’s right now and start sending these bad boys out into space as soon as possible. We know the Mars Rovers are great, but without a Kinect up on top, don’t they seem just a tad bit dated to you?

To be a little serious for a minute, the tech involved here is obviously pretty cool, and potentially even lifesaving. According to Singularity Hub:

Philipp Robbel has hacked together the Kinect 3D sensor with an iRobot Create platform and assembled a battery powered bot that can see its environment and obey your gestured commands. Tentatively named KinectBot, Robbel’s creation can generate some beautifully detailed 3D maps of its surroundings and wirelessly send them to a host computer. KinectBot can also detect nearby humans and track their movements to understand where they want it to go, as you can see in the video below. I had a chance to talk with Robbel and learn more about how this “weekend hacking project” might evolve into some really cool applications for rescuing victims after a disaster.

Robbel is a PhD student at MIT, and his research is aimed at creating a team of robots that could work together and find missing or trapped people. He has four of iRobot’s Create machines, which he calls “iPucks”, and four quadrotors. KinectBot is a sort of proof of concept. If he can get the 3D mapping to succeed then we might see it in the rest of his work. Don’t expect Kinect sensors strapped to quadrotors anytime soon (they’re too heavy and need too much power) but the iPucks might be able to visualize a general map of an area that the flying drones could use to navigate and explore. This sort of miniature swarm could be a powerful tool in disaster relief.

Read next: My Phone is off for You