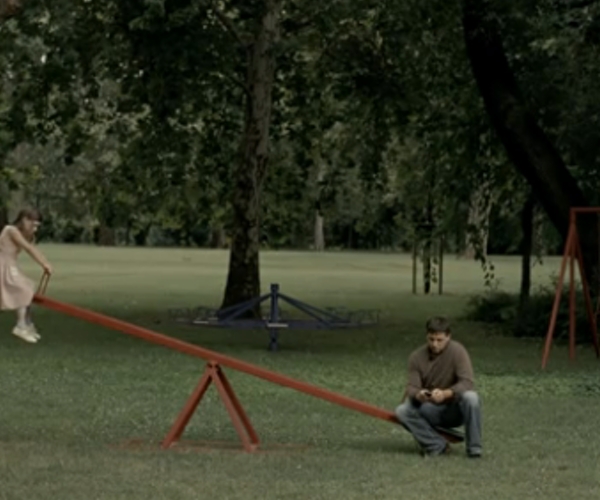 By now you might have seen the new Windows Phone Ad, if you haven’t, watch:

My first impression was “fantastic, finally an ad Microsoft should be proud of.” It wasn’t minutes later that I received a Skype ping from Boris asking whether I’d watched it, I said I had. I could instinctively tell that he wasn’t impressed, I was right, but completely disagreed.

Watching the ad for the first time we’re not presented with a logo or branding or anything that would usually give away what the ad was going to be about. Instead, we’re shown a series of scenes with people holding a number of different phones (no telling what phone) in memorable life situations but all distracted by their phone.

Finally, after a dozen or so of these scenes, the catch phrase “It’s time for a phone to save us from our phones” makes an entrance – never before have I heard a more timely phrase.

If there’s anything we need today, it’s a phone that makes life more about living and if that’s what Microsoft is selling, then I’m sold.

Finally, the words “in and out, and back to life.” appear and the ad ends with “be here now.” If an ad is intended to sell an experience, then this particular ad is a success. It reiterates that a phone shouldn’t be about being glued to a screen but rather as a support to make life more about living. Yes, cliche’d, but timely and important.

Boris’ points are that you can’t tell what phone is being held throughout the ad, but that’s almost irrelevant to me. Microsoft is hardly going to splatter iPhone, Nokia and Android handsets across the screen. He then mentions that there’s far too many people happily enjoying these phones their supposedly addicted to and you know what, he may have a point there. Microsoft probably should have considered less of the smiles. Still, it should be clear to anyone that grasping a phone instead of experiencing the joys of life is wrong.

In Boris’ rebuttal he says “Sure, at the end of the spot they say this phone is going to save us from phones. But in what way?”

One of WP7’s major selling points is the amount of dynamic content displayed on the home screen and its tiles – something the iPhone just doesn’t have. So being able to check your upcoming appointments without unlocking the phone. Being able to see your friends latest status updates and photos without having to open specific applications – there’s value and speed there.

Whether the Windows 7 Phone will actually help us “be here now”, time will tell. My gut feeling is that it’s  just a marketing gimmick but as far as marketing gimmicks go, it’s the best I’ve seen from Microsoft in some time.

Still need convincing life is about living? Watch this. And if you’re looking for a round up of today’s windows 7 launch, read it here.