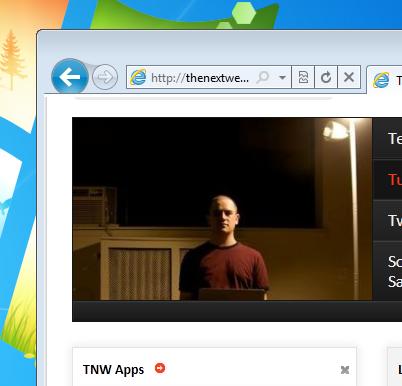 The big news in Microsoft-land is that Internet Explorer 9 racked up some 2 million downloads in its first two days. That is a quite impressive statistic for a browser still in beta, right?

On the face of it, yes, but according to the browser market share statistics that are available, all those downloads are hardly causing a blip in the browser’s influence. In short, people appear to be downloading Internet Explorer 9, toying with it for a few minutes, and then heading back to Chrome or Firefox.

According to Clicky Web Analytics [disclosure: I used to work for them] Internet Explorer 9 is tracking between 0.23 and 0.25% market share at the moment. In fact, recorded market share for IE9 peaked on the 19th, and has been declining ever since.

You may ask yourself, 0.23% market share doesn’t sound that bad for just a few days, does it? We have other data that we can use to compare, thankfully. There were two million downloads of the IE9 beta in two days. It was released on the 15th and on the 17th it had 0.22% market share (sure, the 16th was the second day, but due to timezones and release cycles, the 17th seems the fairest date to pick).

That means that with only 10% of the downloads, Firefox 4 still had 77% of the market share that IE9 had after a comparable two day period. Why the odd numbers? The people that downloaded Firefox 4 actually began using it as their regular browser. Not so with IE9, which seems to have seen masses of downloads and few pageviews.

The data that we are using is aggregated from the more than quarter million websites that Clicky tracks, so we are working with a more than large enough sample to have meaning.

Even though IE9 is not winning over many hardcore users, it is a huge improvement from what Microsoft offered before; it is a strong enough browser for every day use. Heck, it is so good that it got both you and me to download and play with it. Now Microsoft just needs to convince a few more of us to stay.