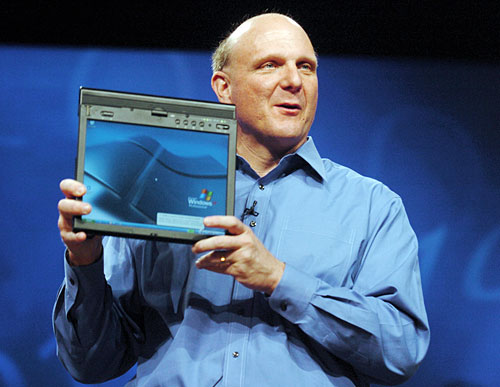 While Microsoft CEO Steve Ballmer has a history of writing off the competition, he might be chomping at the wrong bit this time around. Though he does give due credit to Apple, saying that the company is “a really good competitor”, his statements about Google’s Android tablet line seem a bit short sighted.

“If with the application base, with the tools that we have, with the user understanding and momentum and everything going on, we can’t compete with…whatever the weird collection of Android machines is going to look like, shame on us.”

Ballmer is correct, for all business-related purposes, in his understanding that Microsoft needs to put its resources together to take on Android. However, the ease by which he dismisses Android is a bit concerning.

We’ve seen Android tablets. Facing facts, they’re not the most attractive user experience. However, Google is well known for having highly functional products that aren’t always terribly pretty. It seems, though, that Google is aware of this problem and bringing in the right people to fix it.

If there is one glimmer of hope for Microsoft on this upcoming tablet war, it is the UI Centric overlay for Windows 7 that we could see shipping toward the latter part of Q3 2010.

Read next: The kid named LOL