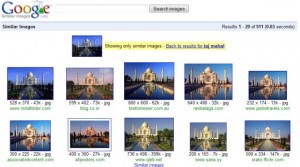 Microsoft has signed the Joomla! Contributor Agreement. Joomla is an open source php based content management software and is the world’s second largest PHP application.

In a blog post on the Joomla blog, Sam Moffatt mentions that Microsoft’s participation will enable them to have better IIS support for Joomla and have Microsoft’s expertise on board.

Microsoft will contributing under the GPL license. This is not the first time Microsoft and Joomla are working together. Microsoft’s Web Platform Installer offers Joomla and there already is some amount of Microsoft code in Joomla 1.6

Microsoft’s UX Architect Evangelist Josh Holmes on his blog considers this development as an exciting one for Microsoft since it enables them to figure out the right balance between proprietary code and open source code. Microsoft’s major open source push came with the establishment of the Codexplex.org Foundation, this is different from Microsoft’s open source project hosting site – codeplex.com.